Johannesburg (South Africa) – Liam Cleland began baiting Garreth ‘Soldierboy’ McLellan last week with a video where he smashed a picture of the MMA legend’s face. This week the maverick fighter has gone a step further.

Today Cleland tweeted a video of himself wiping his butt with a picture of Soldierboy. The humour is low but the intention is unmistakable. Cleland has no respect for Soldierboy’s ability and is happy to face him in whatever mood come June 27. 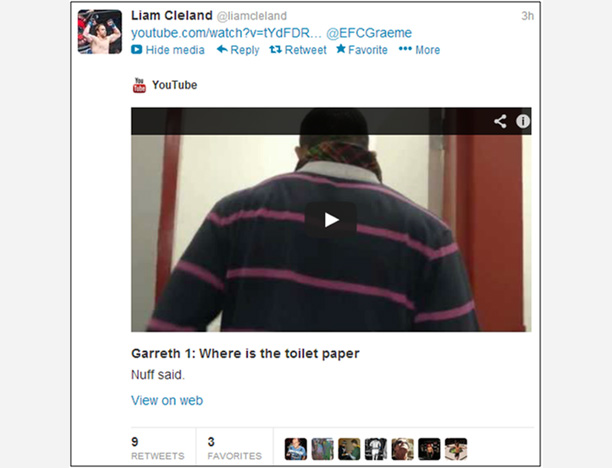 It is a little known fact that with an IQ of over 140 Cleland is literally a genius. With a ground game many have described as the best on the continent and GnP that obliterated Donavin Hawkey, this unpredictable fighter seems prepared to go all the way in both his baiting of the former champion, and the fight itself.

Soldierboy has yet to respond.