‘The Dominator’ To Take No Prisoners 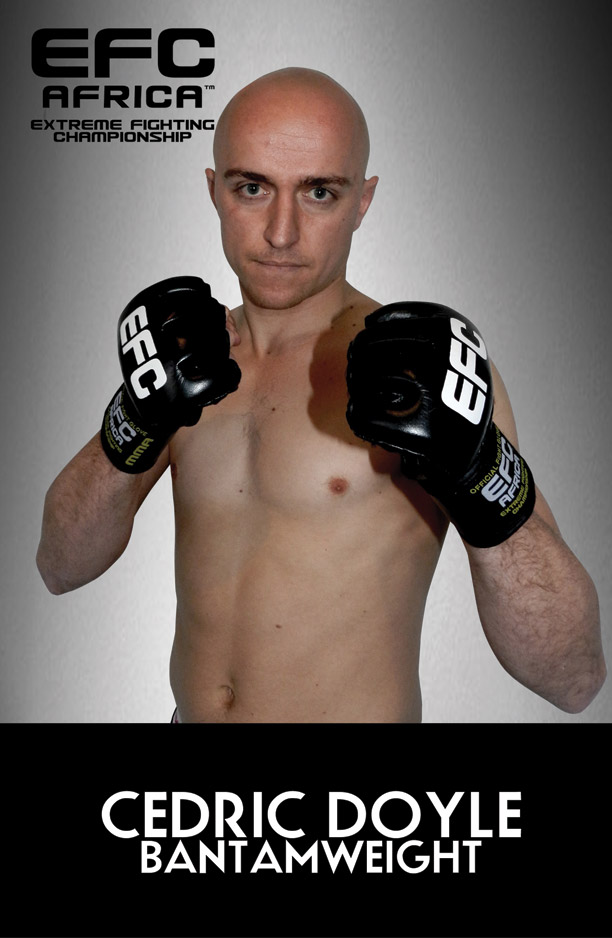 Doyle is currently based in Secunda but fights out of the Rio Grappling club in Springs under coach Jurgen Putter. Initially doing Judo and Wrestling training as a child he took up competitive kickboxing in 2009, swiftly transitioning to full MMA training.

Doyle is the holder of the 2012 silver medal at the Fila National Grappling championship as well as the gold at the Gauteng provincial grappling champs this year.

“I’m excited to see him in action in the bantamweight division,” says EFC AFRICA president Cairo Howarth. “He shakes things up. He’s the type of athlete that forces everyone to watch their backs. With him in competition I see great things ahead of our first bantamweight title fight.”

Currently both Charlie Weyer and Donnovan Wilken have set themselves up as potential title challengers with one win apiece; Doyle is looking to change that.

“I want to take on whoever‘s got the number one ranking,” he says. “I’m not friends with anyone. I’m the type of guy that forces you to fight me, there’s no running away. I’m here to bang.”

Full information on EFC AFRICA’s athletes and events can be found at efcafrica.com