“I’m So Bummed. I Just Want To Fight Him” 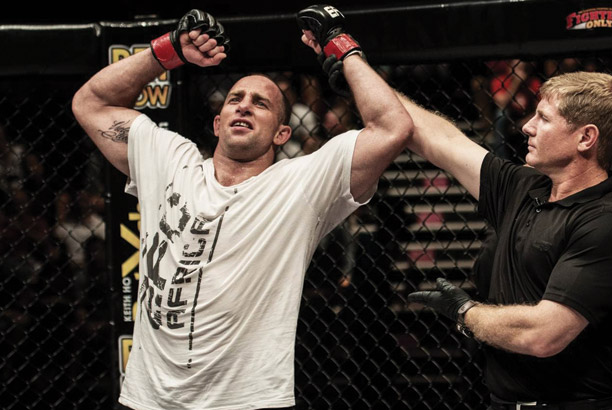 Johannesburg (South Africa) – Liam Cleland was forced to withdraw from his EFC AFRICA 20 bout with Garreth ‘Soldierboy’ McLellan due to a groin tear sustained in training last Friday.

“It happened in normal training,” said Cleland in a telephone interview late last night. “We were doing takedown drills and something tore.”

Since then Cleland had been hoping the injury, a grade two abductor tear, would respond to treatment. Taking white platelet injections and numerous visits to a hyperbaric chamber his camp were hoping to halve the initial estimate of three to six weeks recovery time, but yesterday, with only eight days to fight night, Cleland was forced to admit that he would not be able to perform.

“I’m panicking because if he [McLellan] wins I lose him, he’ll go on to fight Jeremy [Smith]. If he loses to Tumelo he’ll probably be too injured to fight me at EFC AFRICA 21,” says Cleland. “I’m so bummed. I just want to fight Garreth. The reason doesn’t really matter.”

“When I fought Tumelo I did worse to his face in the first round than I did to Donavin [Hawkey]’s,” said Cleland. “I was on top of him in the crucifix position, elbowing him straight in the face. He looked at me and didn’t bat an eyelid.” “He’s got good back defense, you can’t choke him out, and he’s incredibly tough. Garreth won’t finish him.”

“Tumelo is dangerous with his reach,” adds Cleland. “Garreth will take him down with a Judo throw, control him on the ground, but he won’t submit him.”

When questioned on his own aspirations in the middleweight division, Cleland was direct.

“If I look at it, the only guys I want to fight are Garreth, JP [Kruger] and Jeremy. No disrespect to anyone else, but that’s where I’m at.”