Only six days until ‘The Wolf’ and ‘Hollywood’ square off 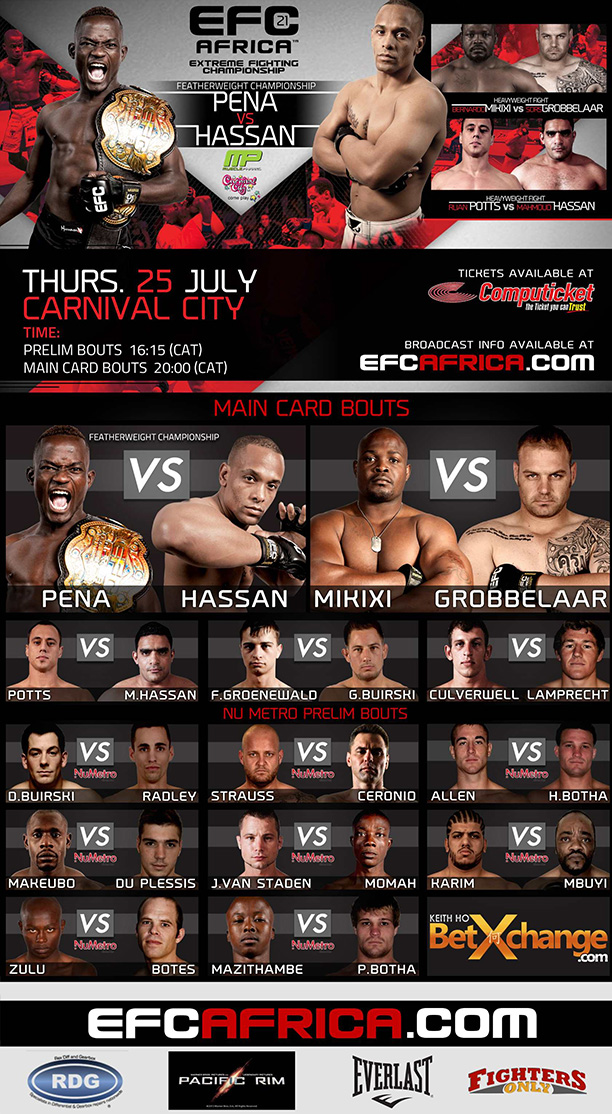 Betting on all EFC AFRICA 21 bouts opens at https://www.betxchange.co.za/

Durban based athletes Johan van Staden and Jason Culverwell arrive in Johannesburg, as well as Cape Town based Nicholas Radley. 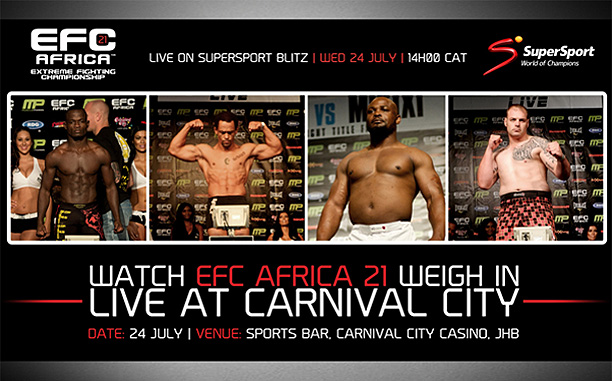 EFC AFRICA 21 Post Event Press Conference. Commencing 30 minutes after the event and held in Carnival City’s Sports Bar, media and fans are invited to attend and listen to the main card athlete’s views on their bouts, as well as KO, Fight and Submission of the night winners.

How to watch EFC AFRICA 21 live:

16h15 CAT: Prelim bouts 1 – 8 can be seen live at the venue or at selected Nu Metro Cinemas throughout South Africa.