Jack Parow Gets Behind ‘The Juggernaut’ 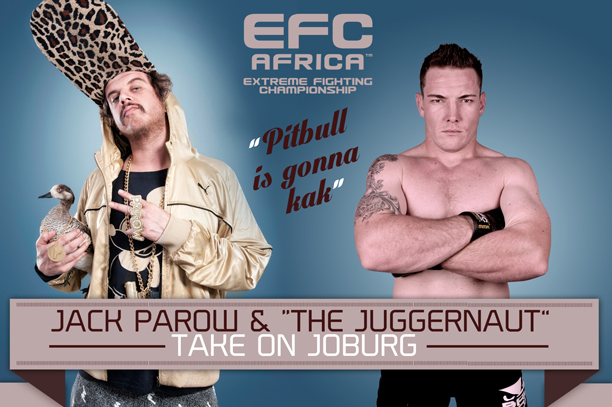 Johannesburg (South Africa) – Jack Parow has announced that Gideon ‘The Juggernaut’ Drotschie won’t be going up to Johannesburg to fight for the interim light heavyweight title without his support.

“The Juggernaut is my boy,” says Parow. “He’s representing us ou’s from the Northern Suburbs down here in the Cape, and he’s bringing the belt back.”

Parow will personally welcome Drotschie to the Hexagon with a specially modified Parow track, sung live, and says that Van Heerden better be on it on fight night.

“The Pitbull can fight,” says Parow, “he’s got a punch. But, I’m sorry my chomma, you gonna kak on Thursday. My boy’s taking this.”

Parow has yet to reveal which track he will be performing on Thursday night.