World of Champions the new home of Africa’s Greatest Warriors 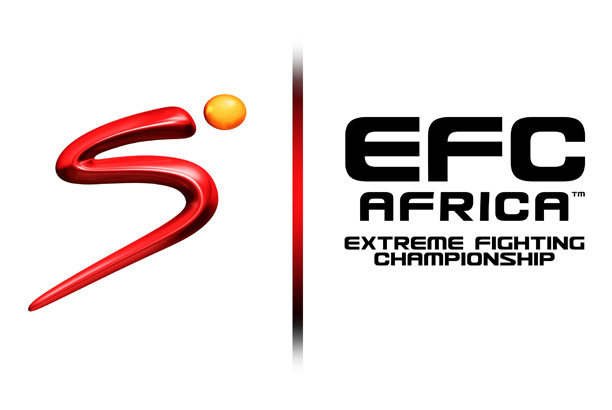 The partnership comes off the back of the unparalleled growth of EFC AFRICA since its inception in 2009, and the subsequent mass interest in the sport of MMA.

“This agreement has been long in the making,” says Happy Ntshingila, Chief Executive of SuperSport. “EFC AFRICA has quickly established itself as a world class sporting organisation, all the while singlehandedly pioneering the sport of MMA on the continent. Our partnership with EFC AFRICA represents our cognisance of what is widely considered the fastest growing sport in the world.”

“This is the perfect partnership for us and our fans, and one which the fans have been wanting for a long time,” adds EFC AFRICA president Cairo Howarth. “We are now able to offer EFC AFRICA fans a new level of sports broadcasting, as well as reach an entirely new fan base through Africa’s biggest sports network.”

The new partnership will see hours of dedicated EFC AFRICA programming per day on SuperSport, as well as a guaranteed 10 live primetime events per year. Notable highlights of the new broadcast partnership include:

• EFC AFRICA’s traditional live event broadcast will now be extended to feature all five main card bouts, aired live in primetime between 20:00 and 23:00 CAT on SuperSport Blitz, the most widely carried channel on the SuperSport bouquet.
• In a first for EFC AFRICA, live action will also be broadcast in High Definition, giving fans the best viewer experience.
• All live events will also be carried on multiple platforms including DStv Mobile devices, Walka and Drifta, and be streamed online at www.supersport.com
• EFC AFRICA will present seven more live events in 2013, starting with EFC AFRICA 20 on 27 June, with at least 10 shows per annum guaranteed in both 2014 and 2015.
• Additional EFC AFRICA events, such as the official weigh-ins and pre- and post-event media briefings will now be carried live on SuperSport Blitz.
• EFC AFRICA programming will now be seen regularly on SuperSport channels throughout Sub-Saharan Africa, via the broadcast of the full EFC AFRICA library.

“This is a ground-breaking broadcasting deal for all parties concerned,” said Richard Glover, MD of Frontiers Sport & Entertainment who brokered the landmark deal. “EFC AFRICA is a modern sporting phenomenon that appeals to both male and female viewers in equal measure. The partnership is set to deliver significant audiences for SuperSport, right across the continent. “

“The launch of this partnership is the ultimate way to commemorate our milestone 20th event, and possibly the most exciting fight card in our history.” says Howarth. “We are delighted that EFC AFRICA has found a home with the World of Champions!”

Added Ntshingila: “SuperSport is all about innovation and excitement. MMA is fresh and vibrant and we look forward to showcasing the very best of it on our various platforms.”