Costa VS Costa Hangs In The Balance 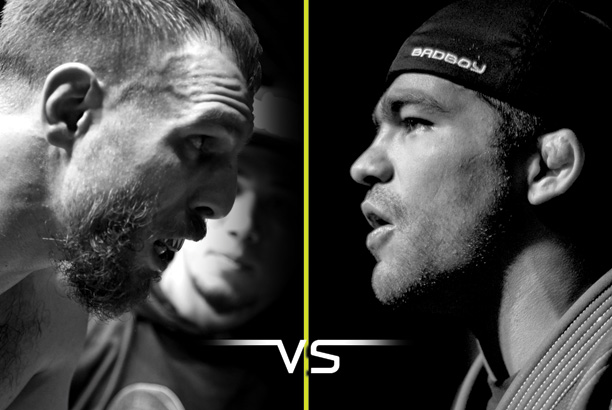 Johannesburg (South Africa) – At EFC AFRICA 20 Costa Ioannou called out BJJ black belt Jadyson Costa for a fight that fans have been calling for ever since the Brazilian first entered the Hexagon. At the press conference afterward EFC AFRICA president Cairo Howarth agreed that the fight would be an amazing one, to be fought at lightweight, and steps were taken to make it happen. Negotiations were undertaken for the fight to take place at EFC AFRICA 22, August 15.

This week both fighters had agreed in principle to face each other, however, Ioannou is dealing with a long term spinal injury that is not responding to treatment. The injury was aggravated in his epic lightweight title encounter with Don Madge and is currently causing intermittent paralysis throughout the right side of his body.

“I’ve been visiting specialists all week,” says the former champion. “We believe the injury could resolve itself at any time, but it’s a question of when. At this point I can’t punch at all with my right arm, let alone grapple. I’m undergoing treatment.”

His next medical assessment is on Friday, which will determine whether or not he will be able to fight on August 15.

Adam Speechly, the man that fought Costa Ioannou to a five round decision and that, again as a late replacement, robbed Martin van Staden of his title shot at EFC AFRICA 19, has just returned from a training camp in Australia. He has provisionally agreed to step into the gap, should it open.

“It would be an awesome fight,” says Speechly. “Jadyson’s got a great ground and striking game, everybody knows that, he’s an MMA legend. I want to test myself against him. I would have loved to see Costa take him on but if I’m given the chance, I can’t imagine a better opponent for me at this point.”

Jadyson Costa, currently deep in his fight camp for Ioannou, has expressed initial reservations about the opponent change. He is adamant that he wants to fight Ioannou and reluctant to accept Speechly as a replacement.

The final decision for EFC AFRICA 22’s headline bout will be announced on Friday.

EFC AFRICA 22, presented by MusclePharm, takes place on August 15 at Carnival City. All 13 bouts can be seen live at Carnival City and at Nu Metro cinemas throughout South Africa. Tickets on sale now at www.computicket.com. Tickets for the live broadcast to Nu Metro Cinemas available soon at www.numetro.com.