Hassan to donate 5k to SPCA 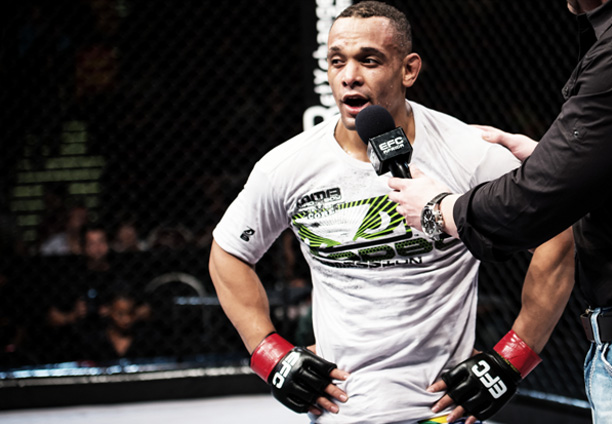 “I plan on beating him [Pena] up,” said Hassan towards the end of the video. “That’s what you do to a naughty dog, you put it in the corner and beat the crap out of it until it listens, and that’s what’s going to happen.”

A huge backlash against Hassan’s perceived animal cruelty comments was unleashed after the airing of the video. Hassan quickly responded via Twitter:

“I may be the baddest boy on the block but I also love animals. I will be donating R5000 of my EFC Africa fight purse to an SPCA or animal conservation organization. The only dog getting a beat down from me is going to be Pena.”

Later that day he clarified his statements fully on Facebook:

“To everyone that got offended by my comments, about beating Pena up like a naughty dog, I’d like to clarify this. That comment was merely an analogy! I am not an animal abuser, and to prove this I am going to donate R5000 from my EFC fight purse to the SPCA or animal conservation organization.”

In just two days Pena and Hassan meet each other in the Hexagon. With the volume and intensity of smack talk that has gone on between them there can be only one outcome; total onslaught.