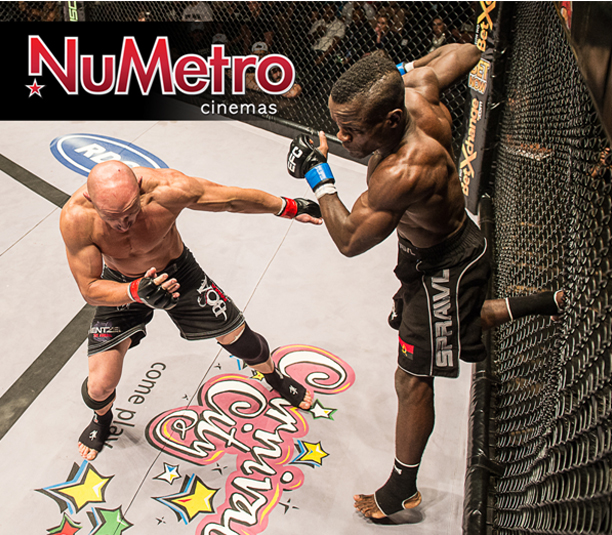 EFC AFRICA’s live broadcast to Nu Metro cinemas offers fans unable to attend the live event the chance to witness every moment of EFC AFRICA 21, from the first fight to the last, live and on the big screen.

All eight EFC AFRICA 21 prelim bouts can only be seen at the venue and at Nu Metro cinemas.

Tickets to the nationwide Nu Metro broadcasts are R125 for the entire six hour event in cities outside of Johannesburg, and R185 to cinemas in Johannesburg itself.