“He’s Going To Get A Beating”

Pena in no mood to play 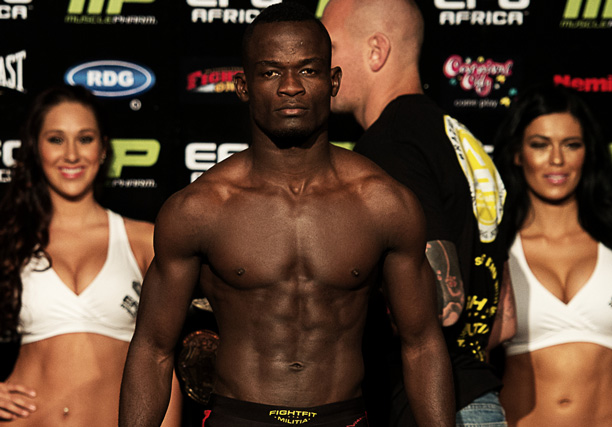 Johannesburg (South Africa) – On July 25 Demarte ‘The Wolf’ Pena defends his featherweight title for a fourth time against challenger Abdul ‘Hollywood’ Hassan. This bout is shaping up to be a war of attrition, with both athletes sending dangerous words out to the other in the lead up to fight night.

Yesterday Hassan’s motivations for taking up martial arts, his dedication for the sport and his estimation of Pena as a fighter were reported on. Today Pena’s same motivations are revealed.

“I grew up in the war in Angola, I grew up tough,” said the champion in a recent interview. “My family were used to having to evacuate at a moment’s notice. I came to South Africa because my father had been poisoned and needed hospital care. He died. My mother died when I was eleven and my grandfather soon after. I couldn’t’ believe that my mother had died. I had thought that she would live because my father had died young, I had thought that life would work like that. I decided then that I had to look after myself. I have sacrificed everything for this belt. This belt and this career is not a sport to me, it’s reality. Anyone who signs to fight me is saying that they want to take what is mine, what I have given everything for. That will not happen.

“I’m at a time in my life where I don’t want to just go in there and fight, I want to hurt guys,” says the Pena. “He [Hassan] must understand that. There must be that point in the fight where he actually gives up, where he realises he’s made a mistake in taking the fight. If he fights like he normally fights, going backwards, he’s going to lose for sure. When the time comes he’s going to get a beating.”