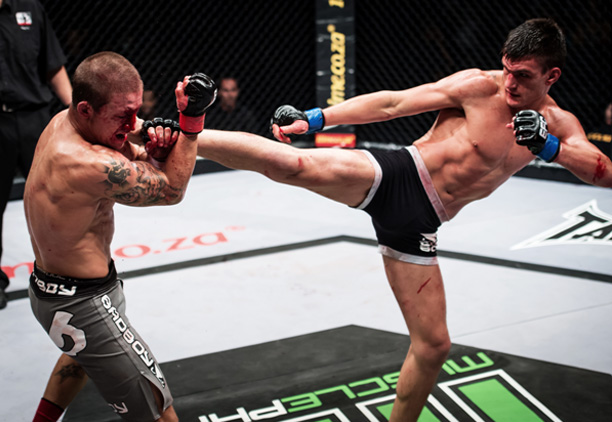 Johannesburg (South Africa) – EFC AFRICA is having a massive year. Since June’s signing of a landmark deal with SuperSport the organisation has been able to confirm a further seven shows for 2013, beginning with EFC AFRICA 20, bringing the total to 9 live events presented in twelve months.

“The advantage we get from putting 9 or 10 shows on in a year is huge,” says Cairo Howarth, EFC AFRICA president. “Not only are we given the chance to create more content and give our athletes higher exposure all over the world, but our athletes themselves are now able to fight more regularly. I believe that in the next six months we are going to see our guys shoot up from an already very high standard to absolute world beaters.”

The remaining dates for EFC AFRICA live events are as follows:

“We have massive headliners lined up to see out the rest of the year,” says EFC AFRICA matchmaker Graeme Cartmell. “We’ve already confirmed that Dino Bagattin will challenge Michiel Opperman for the welterweight belt in September. A rematch between Don Madge and Leon Mynhardt is in final negotiations for Cape Town in November, as well as a title defense by heavyweight champion Andrew van Zyl and a middleweight title fight between Jeremy Smith and Garreth McLellan at other events. This year is huge.”

In the last four months the organisation has signed over 10 new athletes. With 78 more top flight African MMA battles to be waged this year, expect African MMA to explode both with existing talent and a host of new stars. Watch the press for more bout announcements shortly.