The Punisher Fired Up

“I’m getting in there to destroy” 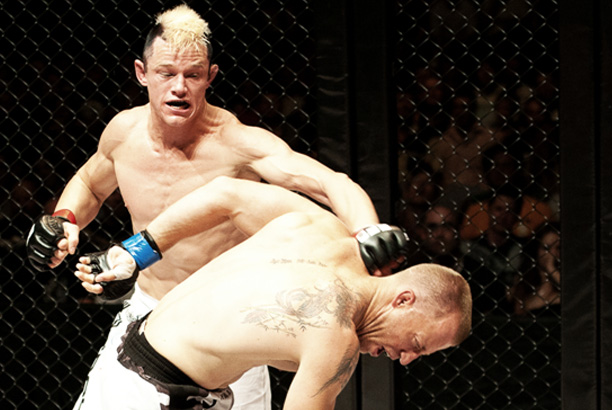 Johannesburg (South Africa) – Martin ‘The Punisher’ van Staden is 5-2 in the Hexagon and 20-7 in his pro career. He’s known for his brutal striking, taking four of his five EFC AFRICA victories by TKO inside two rounds. At EFC AFRICA 22 he faces Nigeria’s Irishman Henry ‘Herculeez’ Fadipe on the main card.

Fadipe is an experienced athlete with a pro career of ten fights in total. He’s a man with quick hands, quick feet and a strong ground game, as was seen in his split draw debut showing against Tumelo Maphutha at EFC AFRICA 18. He’s seven years Van Staden’s junior, however, with a record that’s not half as long. Ordinarily fifteen minutes against Van Staden would be an incredibly tough prospect for any athlete. This time he faces a fired up version of the Punisher; one coming off of a loss.

“My fight with Adam was very disappointing,” says Van Staden of his bout with Adam Speechly at EFC AFRICA 19. “It was a poor performance by me; it wasn’t the Punisher everyone knows.” “Somewhere between dropping him and almost finishing him in round one and the first couple of seconds in the second I went dead tired. I trained hard for that fight. I’m not making excuses and I never will. Adam beat me fair and square, I can’t wait for the chance to get one back.”

Van Staden was initially slated to face Fadipe at the recent EFC AFRICA 21 event, an opportunity, as he saw it, to come back hard. The fight was postponed due to illness. Now, at EFC AFRICA 22, he gets the chance he was hoping for.

“Fadipe’s explosive,” he says of the Nigerian. “He’s got some good skills. I can’t wait to climb into the Hex with him and get back to my real ways.” “I’m coming back to prove a point,” he continues. “I want my fans to know that I’m back. I’m focused. I’m getting in there to destroy.”