Hassan the most complete threat to challenge Pena yet 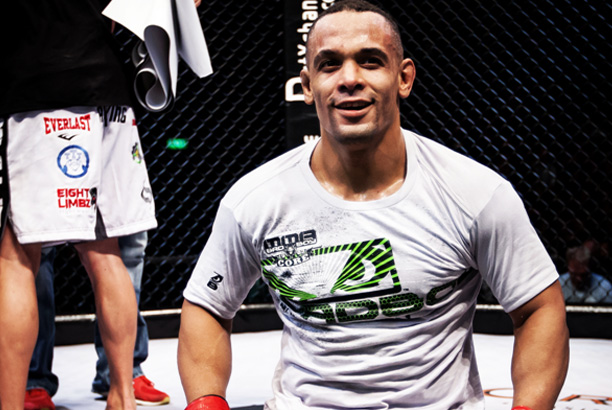 An interview given just after the signing of the fight reveals another side to Hassan, however, a fighter driven to practice the sport he loves and determined to claim the belt. In that interview, Hassan had this to say:

“It was my first day of school, I was six years old. I was approached by an older student and a group of his friends. They cornered me behind a block of classrooms and told me: ‘your kind is not welcome here’, then they rammed the back of my head into a brick wall. I remember waking up later with blood dripping down the back of my head. I returned to my classroom and told my teacher what had happened. She sent me to my seat. Nothing was ever done about it. When I got home later that day I begged my Dad to introduce me to martial arts so that, in an unfair world, I would have a chance to a fair life. Martial arts is not a sport to me, it’s who I am.”

Hassan is a fighter with a nearly peerless ground game. A member of the very first wave of African MMA he journeyed to Brazil to learn his BJJ skills and has worked tirelessly for fifteen years to grow his sport both in Durban and Africa. He is twelve years Pena’s senior with a wealth of experience behind him. Apart from his battle against Denzil Wait in which he was competing with a fractured rib and took a blow directly to the injury site, Hassan is an athlete that has obliterated all his opponents with faultless strategy. He is a man that fights according to his opponent. He is controlled and precise, he wins fights.

“I have no fear of or respect for Demarte,” said Hassan in that same interview. “A lion never turns to look when a dog barks. I am going to take everything away from him.”