Pacific Rim merchandise and EFC AFRICA 21 tickets up for grabs 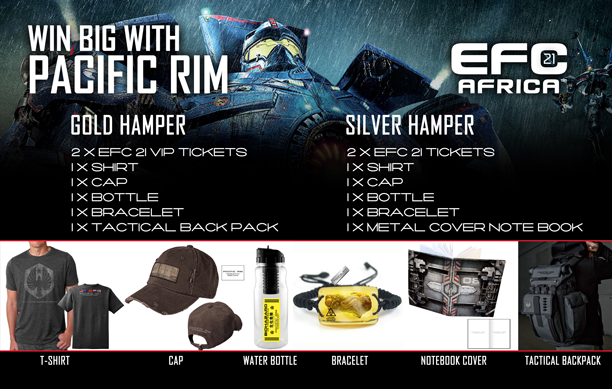 Simply visit EFC AFRICA’s Facebook or Twitter page, give the name and release date of this sci-fi action blockbuster movie, and share or retweet. There is one Gold Hamper (to the value of R3500) and two Silver Hampers (R1050 each) to be won.

Winners will be announced on Friday, 19 July, by lucky draw.