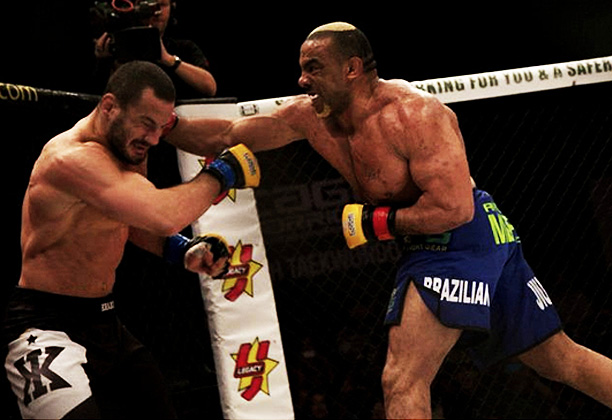 Johannesburg (South Africa) – Egyptian strike powerhouse Mohamed ‘Felx’ Ali faces off with South Africa born UK based Fraser ‘The Omen’ Opie on Thursday night at EFC AFRICA 22. Having just arrived in South Africa, the 7-4 ‘Felx’ took time to assure fight fans that they can expect a huge show from him, and that Fraser can expect a KO on the night.

Are you excited to be fighting at an EFC AFRICA event?

Yes. This is a good chance for me to fight on African soil. I have a good record in the Middle-East and the Arab areas. I am a well-known MMA fighter there. To be able to fight in Africa is very good.

Do you know anything about your opponent, Fraser Opie?

Fraser is a good fighter, he is a good opponent for me. We are quite the same.

You are mainly a striker. Your record shows that you have five TKO victories out of 7 wins. Will you be looking for another tomorrow?

No. I am looking for the KO.

Fraser has a 10-5 record with a lot of international experience. Do you think he’s a big challenge for you?

He is a good challenge. The one that is more intelligent will win the fight. My strategy for facing him is good.

What can Fraser expect from you on Thursday?

A lot of power, a lot of aggression and a lot of strategy. I have come here to fight.

Just that I am very happy to fight for EFC AFRICA. It is a good chance to improve my skill. I will be showing EFC AFRICA that they chose the right person to fight. I am going to do very well. I want more Egyptians to come and fight here, I am going to make a way for them.