Du Plessis Hunting For KO Of The Night

“I still haven’t shown what I’m capable of” 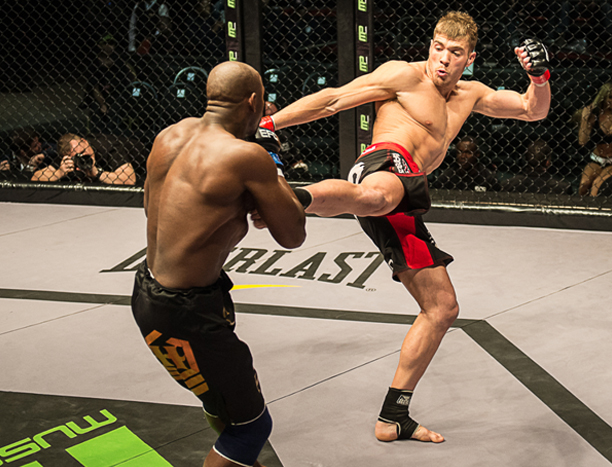 Johannesburg (South Africa) – Dricus Du Plessis, 19 year old K1 WAKO world champion, made his Hexagon debut against Tez Makuebo at EFC AFRICA 21. The young athlete went into the bout under a lot of pressure to perform with many casting doubt on his striking credentials. Unfortunately for both athletes Makuebo suffered a knee injury ending the bout early, robbing both of the chance to fight. At EFC AFRICA 23 Du Plessis returns, with one thing on his mind; a second chance to show all what he’s capable of.

“My debut was a big night for me,” said Du Plessis. “Nothing could have prepared me for the feeling of walking out into the lights and music, how big the event is. I was nervous! After I threw the first punch, though, I went calm. Everything was right. I felt that I could fight all night.”

Du Plessis and Makuebo engaged solidly with crisp punch exchanges. Makuebo closed the distance and Du Plessis pulled guard, taking his opponent to the canvas with him.

“I was planning to put a triangle on immediately,” says Du Plessis. “We had a scuffle, somehow, and I started punching. Somewhere in there I heard a scream, and then the ref was calling it. I was surprised, but thought he’d tapped to my strikes.”

In fact Makuebo had suffered a hyperextension of the knee and ligament tears due to an awkward fall. He was unable to continue. 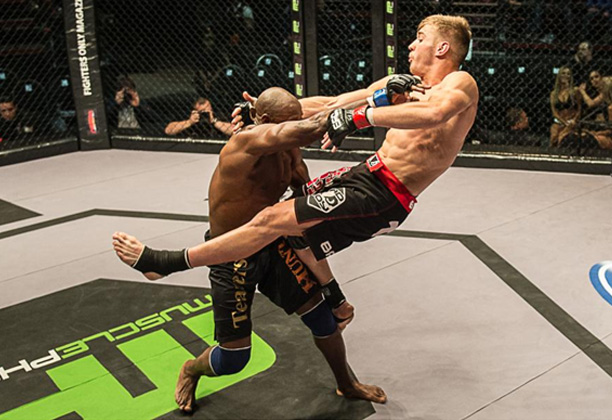 “I’m training so hard for this next fight,” said Du Plessis. “Michiel [Opperman, EFC AFRICA welterweight champion] is in camp for his title defense against Dino [Bagattin]. I’m his main sparring partner at the moment, meaning I’m pretty much training for a five round championship fight. On top of that Leon [Mynhardt] is training for his title fight in November, and I’m doing a lot of standup sparring with him. I have never, ever, trained this hard. I thought I was training hard before!”

Du Plessis is due to clash with debutant Bruno Mukulu, a Brazilian Jiu Jitsu blue belt fighting out of Takedown Academy under Gary Barrett, and stable mate of new heavyweight sensation Christophe Walravens.

“Bruno is hard as nails,” said Barrett of his charge. “He hits like a truck and is very determined to be a champion. He’s been training with me for three full years now. We hear Dricus has a great standup pedigree. We’re not phased. Bruno is happy to stand with him if it comes to that.”

“I wanted to show everyone what I’m capable of at my first fight,” said Du Plessis. “It’s very unfortunate what happened to Tez but of course I’ll take the win, this is the game we play. I’m looking forward to this next fight. This is my chance; I’m going all the way. Of course I’ll go wherever the fight takes me, but I want KO of the night.”

“This is going to be a real battle,” said Barrett. “If he thinks he’s going to get a KO off of Bruno, well [laughs], let’s just say he can try. May the best man win.”

See this bout live at Carnival City, Johannesburg, or larger than life, in full HD, at selected Nu Metro cinemas throughout South Africa. Alternatively, stream Du Plessis vs. Mukulu live at efcworldwide.com/efc_africa_404.php from anywhere in the world.