“I’m Going To Slaughter This Guy”

The Punisher gets in the Irishman’s face 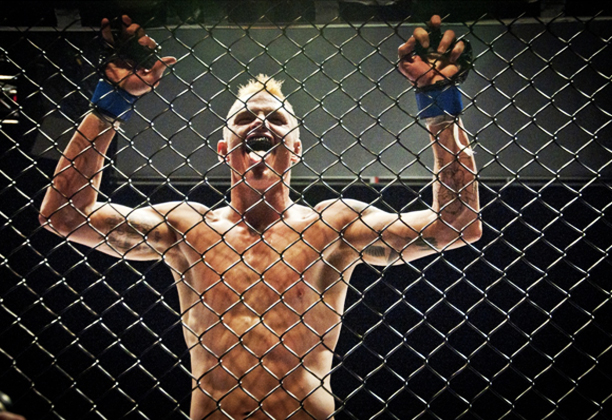 Johannesburg (South Africa) – Martin ‘The Punisher’ van Staden faces Nigeria born Ireland based Henry ‘Herculeez’ Fadipe in a welterweight bout on August 15. Last week the Irishman accused the Punisher of having no respect for himself as an athlete, and went on to say that he would be using Van Staden merely as a scapegoat or stepping stone on his climb up the division ladder. Today the Punisher responds.

“I don’t know how I’m being arrogant,” said Van Staden in a recent interview. “I never said anything about the guy other than I thought he’s explosive. I’d say he’s being arrogant. I’d say he’s looking to hype things, maybe to cover his own feelings. Maybe he realizes I’m no joke, maybe he’s trying to convince himself.”

“Nobody’s put me away, ever. He’s talking about finishing me? Listen, I’ve got heavy hands. If I tag anyone it’s a KO or they at least sitting on their ass. Does he know what he’s in for? I’ll put him to sleep. I’m looking to hurt him viciously, badly, I’m out there to prove a point. If I’m his scapegoat, which I’m not really sure what that means, then he’s my sacrificial lamb. I’m going to slaughter this guy. Basically, I’m going to fuck him up. That’s the reality of the situation.”