Fraser Opie on Mohammed Ali ahead of EFC AFRICA 22 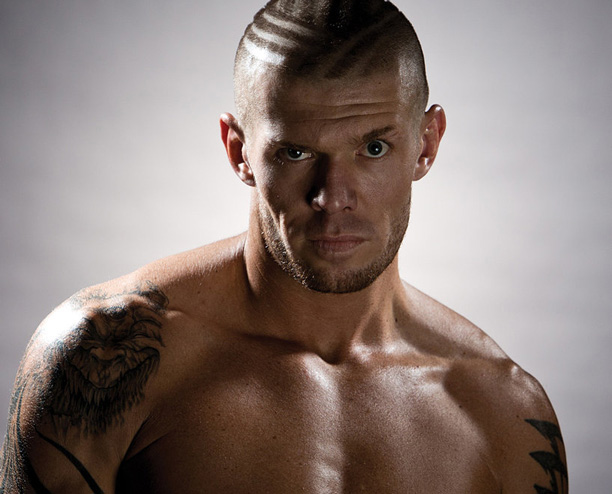 Johannesburg (South Africa) – African MMA fans have been waiting to see South African born, UK based, former TUF contestant Fraser ‘The Omen’ Opie since he was first confirmed to fight in March. A back injury ruled him out of a bout with Chris du Pont then, now Opie is finally ready to make his Hexagon debut.

Has it been a while since you heard that?
Wow. Really long time. Last time I was here was 2003. So that’s going on ten years, a long, long time.

What do you miss most?
The weather, definitely. Braai’s. In the UK we’ve got BBQ’s, but they’re shit. It’s not the same. The relaxed atmosphere. It’s good to be back.

How excited are you to fight in front of your home crowd again?
Really excited. Been a long time. It was supposed to be in March but I hurt my back, obviously, then there were no fights. Now I’m here. Rather late than never.

Your opponent looks like a real beast. Do you know anything about him?
He is, he’s a big fellow. But at the end of the day it’s not how big you are, it’s the way you bring it, your style of fighting, there’s a lot of factors. I’ve looked at him, from his beginning fights his body structure’s changed. He’s a powerful guy, I’m looking forward to an entertaining fight. We’re both heavy handed so I think it’s going to be a good one.

Do you think he’s looking at you and thinking ‘that guy looks like a beast’?
Yeah, of course! If there was a guy in crutches standing in the cage he’s there for a reason, he knows why he’s there. So you don’t underestimate anybody.

Ali is 7-4. Every single win but one has been a TKO. The guy can clearly strike. He’s also gone to three decisions, giving him a gas tank. Any thoughts on how to take him on?
I’ve watched some of his fights. He’s a striker, he’s aggressive, and he goes forward. He’s got a gas tank. It’s going to be a good fight, a good test. I do see a TKO coming. But my ground has improved a lot, we’ll have to see on the day.

It’s your first fight back in Africa in years. In an ideal world, how does it go?
I wouldn’t mind a submission win, something fancy… but, you know, I’m not going to argue with a knockout.

In the real world, how does it go?
TKO. Early victory. Round one.

Have you got your eye on any of the other light heavies? Who would you most like to fight?
I want my belt, so whoever’s carrying it. Drotschie’s slick on the floor, that’s interesting, but, you know, everyone’s good at something then you get punched in the face. Things can change, pretty quickly.

African fans have been hearing about you for some time, they finally get to see you in action on August 15. Any words for them?
I’m really happy to be here, really excited to fight. It’s been a while, so I’m looking forward to bringing it.

Any words for Mohammed?
I just hope he brings his best so we can put on a good fight for the fans.