Scheepers Goes For Round 2 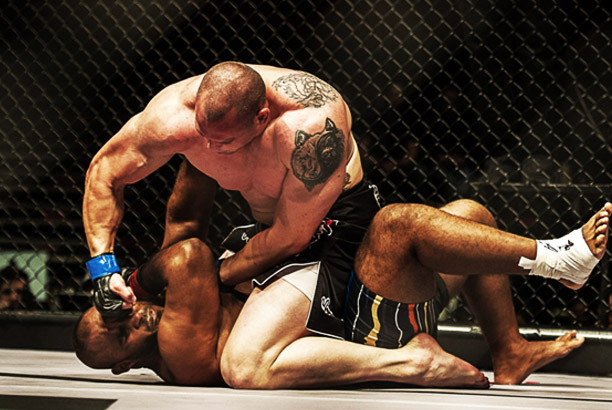 Johannesburg (South Africa) – Roelof Scheepers exploded into the EFC AFRICA Hexagon at EFC AFRICA 22 with a total demolition of Egyptian wrestler Koko Hammer. In his performance he showed all the attributes of a very dangerous heavyweight; speed, power, agility and technique. At EFC AFRICA 23 he faces experienced campaigner Brendon Groenewald, an athlete that will no doubt reveal the next layer of Scheepers’ ability.

“Scheepers has a lot of potential in the heavyweight division,” said EFC AFRICA president Cairo Howarth. “He had a massive debut against Koko. We’re looking forward to seeing him test himself against more established opponents.”

Groenewald kick started his Hexagon career with a brilliant first round submission of current heavyweight title contender Sors Grobbelaar. Thereafter he made the cut to light heavyweight to face current champion Gideon Drotschie and there, in a three round war, only succumbed to a final crucifix and brutal GnP from the champion.

For Groenewald this bout is an opportunity to re-find the form he displayed in bringing Grobbelaar down, in a division he’s looking to make his home. For Scheepers this is a chance to send a massive message to all of Africa’s biggest athletes. Should Scheepers dominate in this encounter the division is headed for a huge shake up.