And other broadcast updates 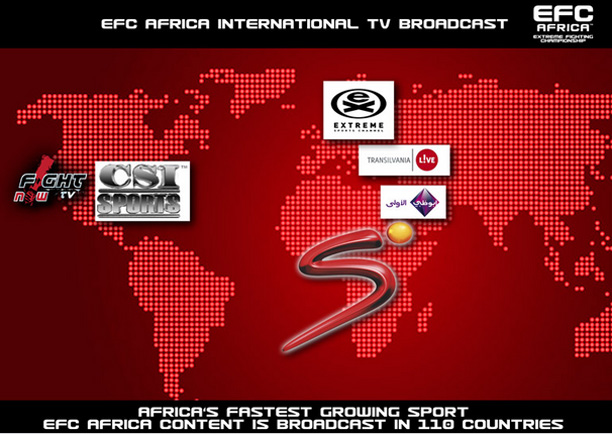 Johannesburg (South Africa) – In a groundbreaking move the entire EFC AFRICA 22 event, both prelim and main card, will be available to stream live from the organisation’s online streaming platform; efcworldwide.com/efc_africa_404.php

“In the past fans have only been able to see our entire event live at the venue or at selected Nu Metro cinemas throughout South Africa,” says EFC AFRICA president Cairo Howarth. “This time we’ve decided to throw the whole card open, allowing our fans all across the world to follow their favorite athletes in every bout.”

In addition, further broadcast detail updates are as follows:

Transilvania Live will no longer carry the EFC AFRICA 22 event live, the event will now be broadcast delayed live later in the evening. Check local listings for details.

16h30 CAT: Prelim bouts 1 – 8. Catch these fights live at the venue, at selected Nu Metro Cinemas in full HD and at the new, reduced price of R95, or stream them live at efcworldwide.com/efc_africa_404.php.