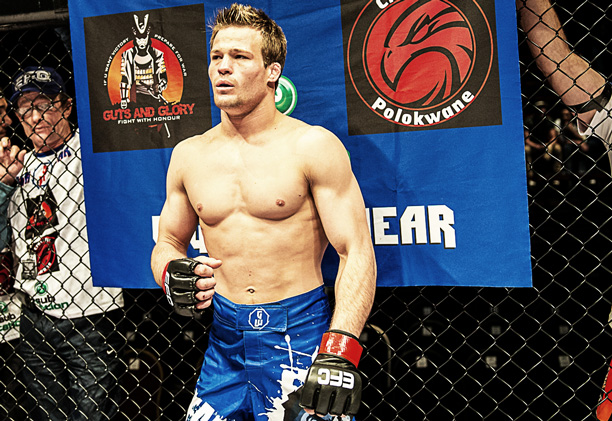 P. Botha ahead of his EFC AFRICA debut

Johannesburg (South Africa) – Wrestling sensation Pierre Botha is to enter the Hexagon for a second time at EFC AFRICA 23.

Botha has a trail of high-level wrestling accolades behind him. He is both a junior and senior South African champion, a commonwealth champion, a bronze medalist at the Africa Open where he competed in the senior category while still a junior, and is an Olympic Games qualifier.

He made his Hexagon debut at EFC AFRICA 21. There he fulfilled his potential just as was predicted, blasting through Hexagon veteran Mawande Mazithambe with a slick arm triangle in the first round.

This coming Thursday he faces Durban based newcomer Baldwin Mdlalose, an athlete making his pro debut but already a multiple amateur champion with a record of 14-4.

No doubt Botha will be pushing for a powerful victory to build on his already impressive start.

Both Pierre and his identical twin brother Hanru will be in action on the night, Hanru facing another Durban based athlete in Peter Nyide.

This bout can be seen live at Carnival City, Johannesburg, or larger than life, in full HD, at selected Nu Metro cinemas throughout South Africa. Alternatively, stream P. Botha vs. Mdlalose live at efcafrica.tv from anywhere in the world.