The Animal Bows Out

Wentzel Nel calls an end to a glittering career 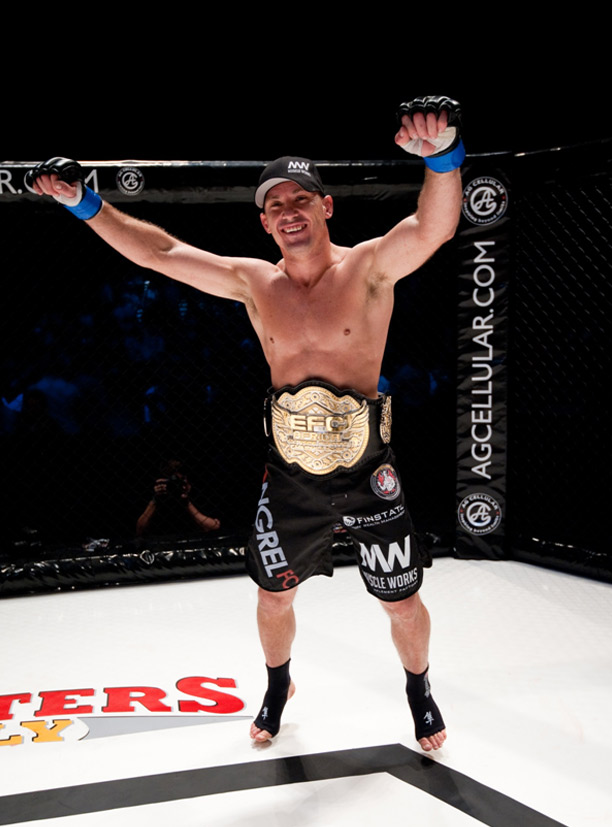 Nel after winning the inaugural lightweight title at EFC AFRICA 03.

Johannesburg (South Africa) – On 08 May 2010 Wentzel ‘The Animal’ Nel became EFC AFRICA’s first ever champion, defeating Leo Gloss by KO to take the inaugural lightweight belt. He was 34 years old, already a legend of the sport. Today, three years later, he has announced his retirement.

“These last three years have been the best of my life,” said Nel in an interview today. “Competing for EFC AFRICA, at the highest level of MMA on the African continent, has meant everything to me. It has been an incredible journey.”

Making his first Hexagon appearance at EFC AFRICA’s very first event, Nel has been a legend and fan favorite ever since. He routinely entertains crowds with his willingness to put absolutely every ounce of his energy into every bout. He has admitted that a win for him is only a bonus; knowing that he has given his all and given the fans the biggest performance he is capable of is the necessity.

After winning the lightweight title Nel fought a non-title bout against highly rated American athlete Dave Mazany, and thereafter defended his title against Costa Ioannou. Ioannou won the title, himself an EFC AFRICA legend that would go on to defend it four times.

Nel continued to compete, dropping to featherweight, and in his signature animal style smashed his way through three opponents in his quest to challenge for a new belt.

In September of 2012 Nel was deep into a training camp, preparing to face Demarte Pena for the EFC AFRICA featherweight title at EFC AFRICA 16. In that period, during a training session, his world ground to a halt when agonising pain suddenly started shooting up through his back and into his neck.

“The doctor initially thought my neck was broken,” said Nel, who was immediately rushed to hospital. Further investigation revealed a different scenario.

Nel was diagnosed with Thoracic Outlet Syndrome, a condition that causes muscular spasms in the back, often trapping nerves in the spinal column, mimicking the effects of a neck or spinal injury. It is excruciatingly painful and cannot be cured, only maintained.

Forced to take an extended time off to deal with his condition, a time where his future as an MMA competitor was constantly in jeopardy, Nel came to the realisation that he would do whatever it took to get back to the Hexagon, as long as there was hope.

Intensive rehab followed. Through trial and error he discovered how to work with the injury, committing to a changed training regime, regular specialist sessions and yoga to keep him supple.

Given the medical go-ahead Nel re-committed to a title fight with Pena, at EFC AFRICA 19, and what would ultimately be the greatest bout of his career.

Going into the matchup, knowing that his injury could flare up at any time, Nel took the fight to Pena and shocked the world by knocking the undefeated champion down four times within the first two rounds.

“He hits like an absolute truck,” said Pena afterward, “I literally couldn’t see straight until sometime in the fourth round.”

Nel’s gamble did not pay off. His condition flared up during the bout, making it impossible to function properly. True to form, though, he refused to give up.

“One of the punches that I threw caused a minor tear in my shoulder blade,” he related, “causing my back to go into spasm again.”

Since that encounter Nel has once again been in medical limbo. Doctors cannot give him a clear indication of when, if ever, he would be able to return to training and competition.

“I’ve been told it could take anywhere up to 18 months to settle enough to train intensely,” he said, “or that it won’t at all. I feel that it’s time to move on.”

“I live for my family and my sport,” he added. “This is a huge decision for me. To not be competing is something difficult to imagine. I could continue, but I’d never know whether I’ll be at my best. I don’t want that.”

Nel is a true athlete, a warrior who insists first, always, on giving his all both in the gym and in the Hexagon. He is a man that has played a massive role in the development of the EFC AFRICA organisation and MMA on the African continent, someone who has the admiration of fans everywhere.

“Wentzel is an absolute legend for us,” said Cairo Howarth, EFC AFRICA president. “He was our very first champion. He is someone that has always given everything, no matter who the opponent or what the circumstance. He has created unbelievable moments in the Hexagon and will never be forgotten. We are very, very sad to see him hang up his gloves, but look forward to seeing him still involved in the sport of MMA.”

Looking ahead, Nel has his sights set on opening an MMA gym in Durban, a place where he will pass on his vast experience to a new generation of MMA athletes.

“I still have a long road to walk with this sport,” said Nel, “it’s in my blood.”

“I would like to thank everyone that has been involved in this journey,” he continued. “All of my coaches, training partners, opponents, team mates. My wife who has supported me through everything, my sponsors that have stood by me, and EFC AFRICA that have given me the chance to compete, and this amazing phase of my life.”

Wentzel ‘The Animal’ Nel is a true African MMA legend. We thank him for the memories.

Take a trip down memory lane with moments from all of Nel’s EFC AFRICA encounters, below: 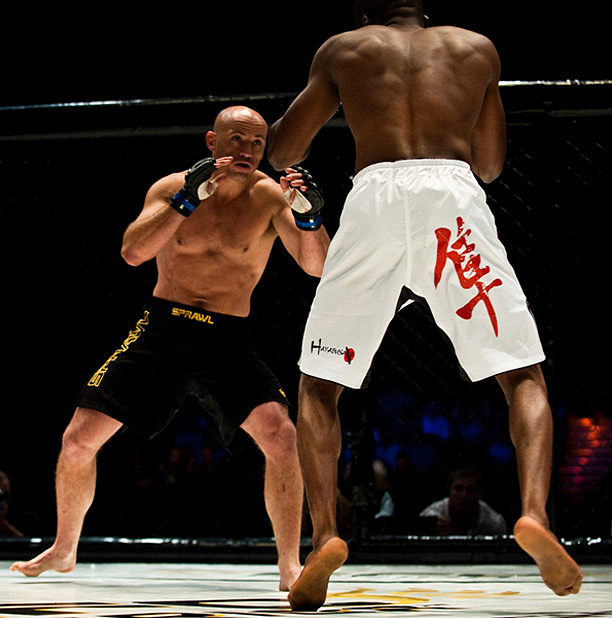 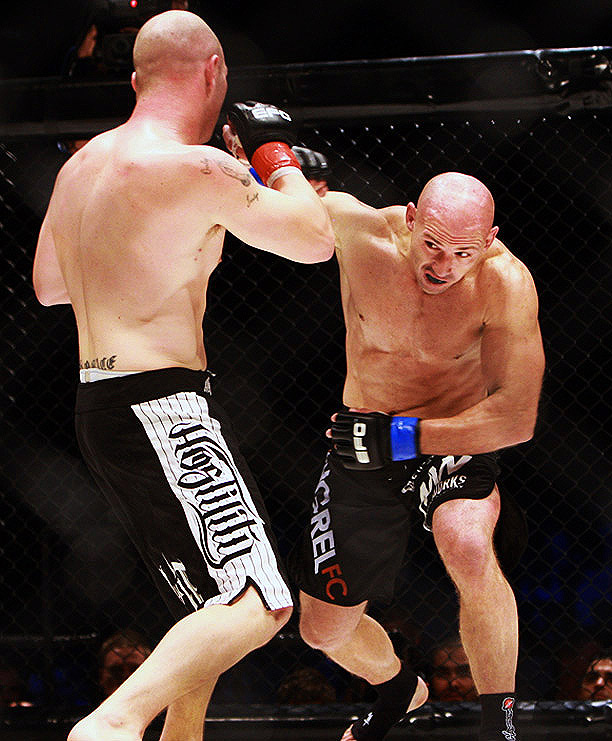 Nel throws the sort of punch that made him famous, EFC AFRICA 02 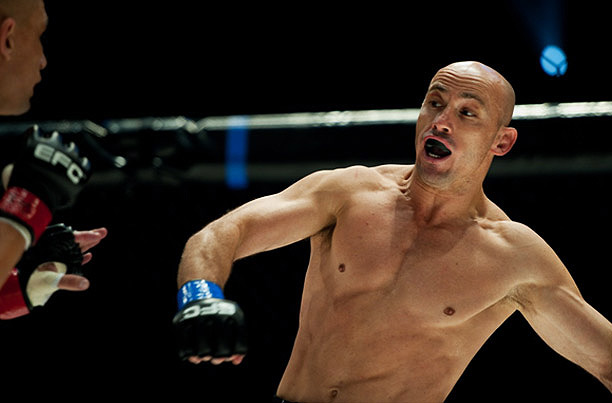 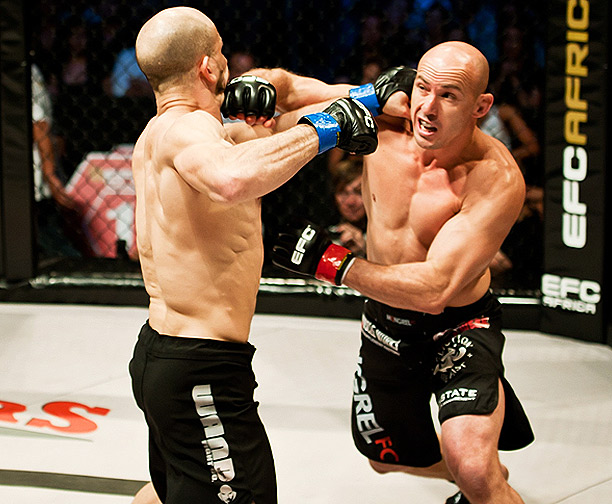 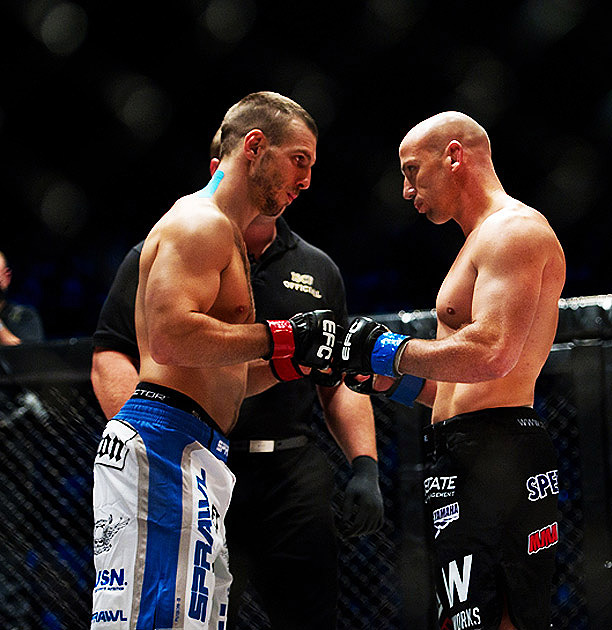 Nel and Costa Ioannou about to square off, EFC AFRICA 08 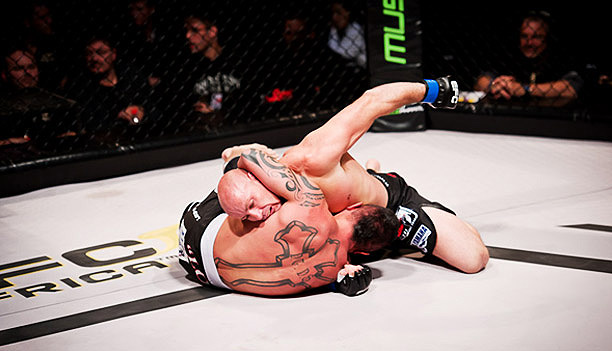 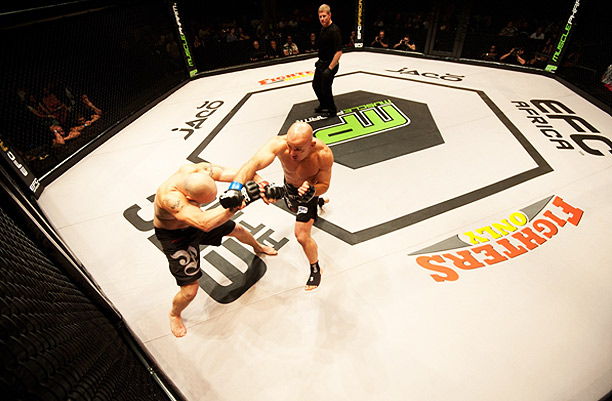 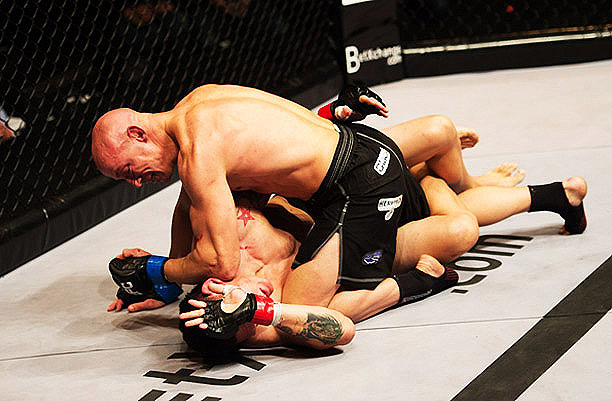 Nel on the way to finishing Denzil Wait, EFC AFRICA 14 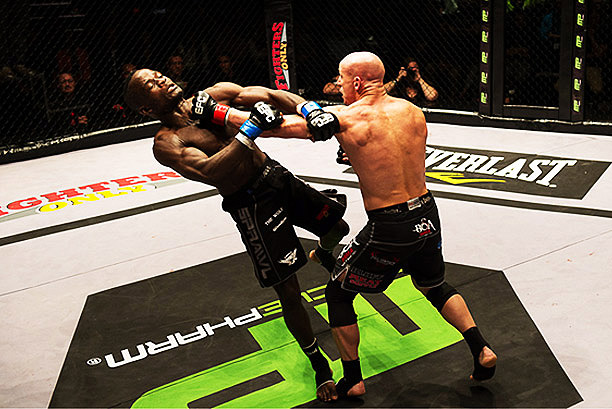