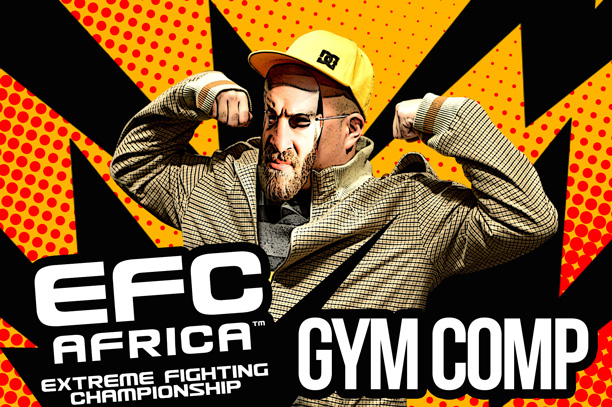 Johannesburg (South Africa) – Since EFC AFRICA 18 the search for the biggest, loudest, most visible gym has been on.

Highlights from events past have been the infamous ‘Soldierboy’ masks from EFC AFRICA 20, Don Madge’s ManBeast crew making a massive spectacle of themselves at that same event, the legendary war chants of Team CIT, even Guts ‘n Glory MMA bringing a team all the way from Polokwane and pushing it hard enough to hit the top three at EFC AFRICA 22.

At EFC AFRICA 23 gyms once again go head to head for top honors. With FFM fielding two fighters on the main card, Sors Grobbelaar’s ‘Team Guru’ already having made a huge splash with his child cancer awareness drive and Team ‘Tiny’ Strauss ripping it up with big social media activity, the race is on.

The winning gym takes a first prize merchandise hamper to the value of R5000, second and third place a hamper of R3000 and R2000 respectively.

Show your support and make the most noise!