Media Frenzy Ahead Of Pitbull VS. Soldierboy 2 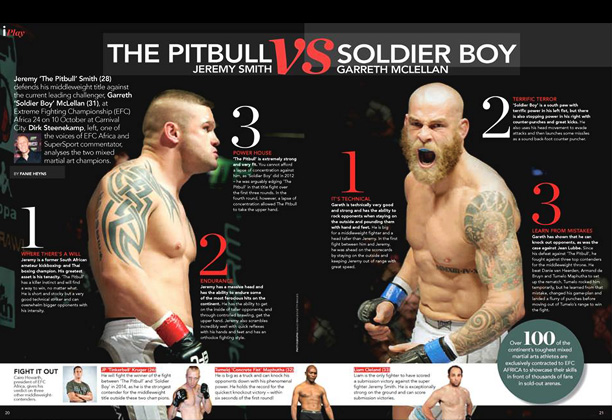 With only three days until the two icons of the sport face off for the second time press has flooded with coverage of the bout.

“It’s great to have the media onboard like they are. Thanks to their coverage the excitement for this bout is the biggest we’ve ever seen,” said Cairo Howarth, EFC AFRICA president. “Thursday night can’t come fast enough.”