Vandam Gets His Chance 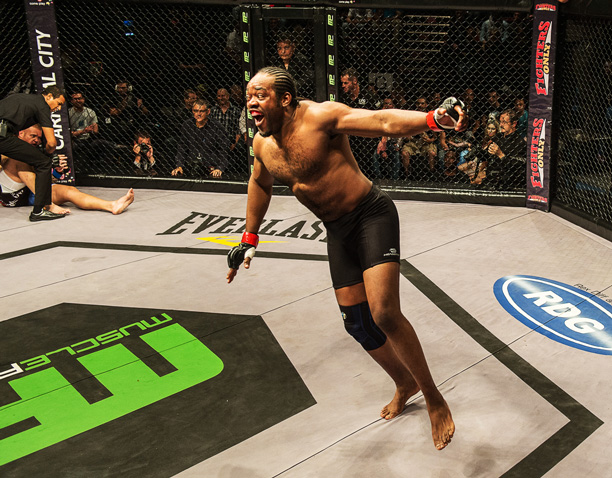 Johannesburg (South Africa) – Vandam Mbuyi gets a crack at the illustrious scalp of Sors ‘Guru’ Grobbelaar at EFC AFRICA 25.

Undefeated Mbuyi (2-0) made his EFC AFRICA debut in July this year with a three round striking war against Egyptian Mohamed Karim.

Hailing from the Democratic Republic of the Congo Mbuyi has a grappling pedigree, holding a black belt in Judo, but since entering the Hexagon has not strayed from the standing arts of MMA.

In his last bout he faced Wilhelm Strauss, an athlete fresh from a three round, fight of the night victory performance, and knocked the 7ft athlete out in the first round.

On November 7 he clashes with a different breed of animal, however, when he reckons with the punches and kicks of the ‘Guru’.

Labeled ‘the most accurate striker in the division’ by heavyweight champion Andrew van Zyl himself, and having tagged and seriously rocked Van Zyl in his title attempt at EFC AFRICA 23, Grobbelaar brings a wealth of experience and a truckload of ability.

In his high level kickboxing experience and by now hardened Hexagon knowledge Grobbelaar is the ultimate opponent for Mbuyi, the next step in his dogged road to the top.