The Dark Horse Is Back

Opperman relishing a shot at Fadipe 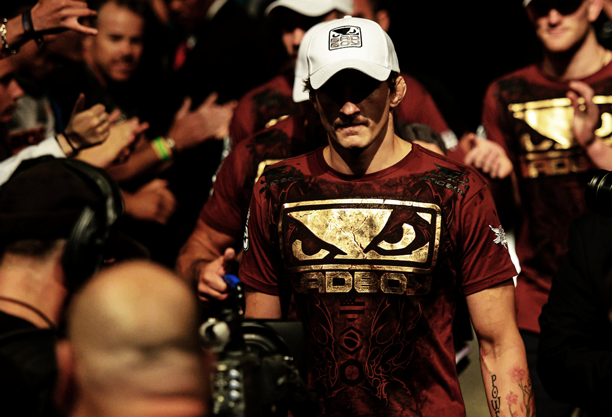 Opperman walks to the Hexagon at EFC AFRICA 25

Johannesburg (South Africa) – Yesterday the spotlight was trained on former welterweight champion Michiel Opperman when his teammate, Adam Speechly, suffered a freak training injury. Speechly had to withdraw from his EFC AFRICA 26 main card bout with the highly rated Nigerian born Henry Fadipe, and Opperman stepped into his place.

Opperman is revered for his ability to shock fans and critics alike with massive finishes that seem to come from nowhere. He is the organisation’s original dark horse, and will be looking to show that form at the Coco-Cola Dome on December 12. In this Q & A talks fans through the last 24 hours.

This is a sudden thing. What were your thoughts when you first heard?

I sparred him [Speechly] the round before, and he was looking good! I got a huge fright, because it looked pretty hectic just when it happened. I feel very disappointed for his part as I think it would have made a great fight.

How are you feeling about the possibilities of this fight now?

It’s been a very rough year for me in the Hexagon. I have learnt some hard lessons. I’ve been down, been up and everywhere between. It’s not in my character to lay down and disappear. I hope to end the year on a positive note. I have not fought at the Coca-Cola Dome yet so I’m super exited for that!

Have you been in full training? Do you have enough time to peak?

Yes, I think there is. I have been keeping in shape and training.

What do you think of Fadipe as an opponent?

Fadipe is a strong guy. I’ve looked at some of his fights. But I’ve learned my lesson this year. If I stick to fighting my fight, I’ll be fine.

Will Speechly still play a part in your preparations?

Jip. Adam is a good friend of mine and a great mentor. He came past Attila’s Gym last night. He might not play a huge physical role but mentally and emotionally he’s got my back.

Had you been helping him prepare?

Yes. I just took a week off after Cape Town [EFC AFRICA 25, November 7]. I love to train and fight.

You and Adam are in exactly the reverse of the position you were at EFC AFRICA 19. There you were injured and he took your place. What stands out for you here? What’s it like being on the other side?

It’s pretty weird, we actually joked about it. He also came off a two fight losing streak and he wowed everybody! I think if this was WWE we could have been a TAG team…

You’re coming off of two losses. What’s your goal going into this fight?

You have a good track record against international opponents. Do you prefer being the underdog?