Naumann wants a shot at the title 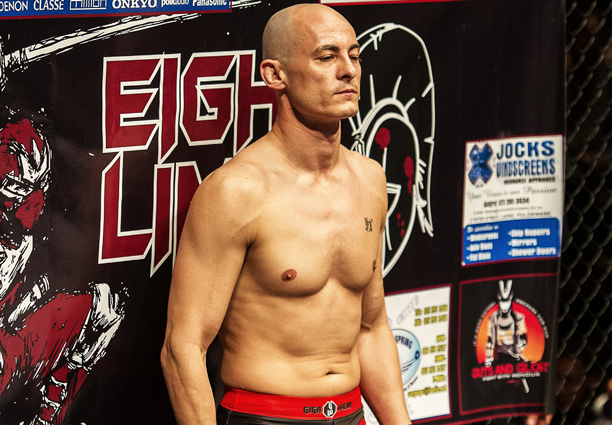 Johannesburg (South Africa) – The lightweight division is currently in an uproar after the controversial Mynhardt vs. Madge 2 result, and whether Frederich ‘Ninja’ Naumann, currently 4-0 in the Hexagon, should be next to challenge Leon Mynhard for the title.

“I’m happy that Leon won,” said Naumann in an interview. “I believe he will be an easier opponent for me than Madge. I have a reach advantage on him, and know that he can’t compete with me on the ground.”

“Standup wise he is one of the toughest in African, no doubt,” Naumann added. “To stand with him will be a huge challenge. The time for me to go for the title is now.”

After his blitz through the lightweight ranks, where he picked up two submission of the night awards and knocked out Dallas Jakobi in precisely the way he predicted, the Ninja definitely has a strong case.

EFC AFRICA returns to the Coca Cola Dome, Johannesburg, for EFC AFRICA 26, presented by MusclePharm, on Thursday 12 December. Tickets on sale now at www.computicket.com. Stream the entire event live, in HD, at efcafrica.tv