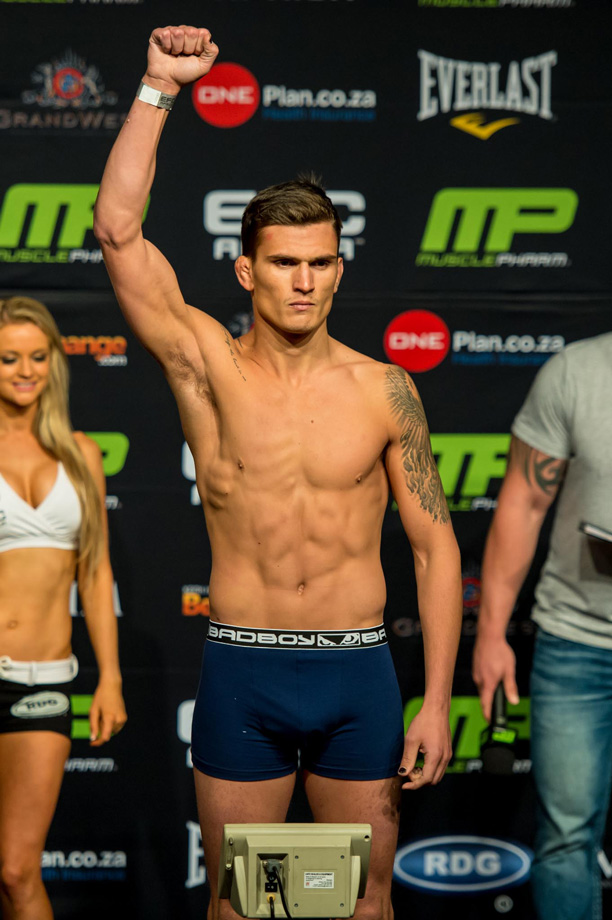 Proceedings were smooth as 26 athletes in total hit the scales, comprising of men hailing from as far afield as the Democratic Republic of the Congo, and as close to home as lifelong Cape Town residents Madge and Drotschie.

The two defending champions drew cheers that seemed to lift the roof as they hit the stage.

All athletes made their required weight with ease, with some face-offs promised huge aggression tomorrow night.

The Angolan wrecking machine Bernardo Mikixi, a man who made Cape Town his home when he first emigrated to South Africa, and Table View resident Brendon Groenewald were the standouts, staring each other down with evil intent.

Crowd support was at fever pitch with various gyms trailing armies of support. Parklands’ Panther Fighting Arts are fielding a record five athletes on tomorrow night’s card and deafened with their cheers.

Former title contender and kickboxing expert Sors Grobbelaar clashes with the massive Vandam Mbuyi at heavyweight, and on the prelim card the as yet undefeated Morne Prinsloo has a chance to take a step closer to the highest welterweight ranks against Dragon Power Muay Thai’s debutant; Marcel Teniers.