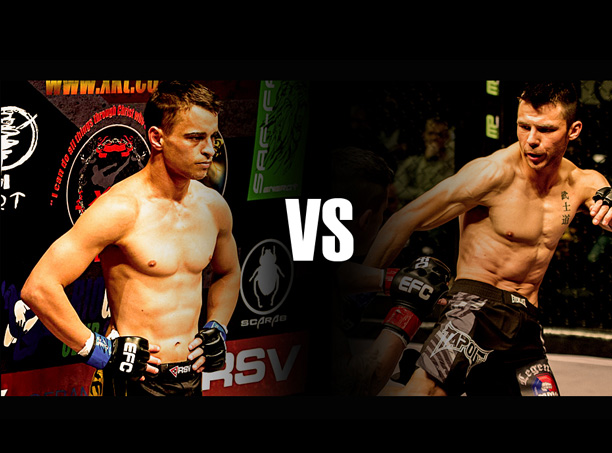 Johannesburg (South Africa) – Francois ‘Franaconda’ Groenewald and Donnovan ‘The Warrior’ Wilken meet at bantamweight on December 12. This fight has huge implications for both athletes, and the bantamweight division as a whole.

Wilken participated in the very first EFC AFRICA bantamweight bout, fighting Charlie Weyer at EFC AFRICA 18. There he lost to a split decision, a tight call against the man that is currently the number one rated athlete in the division.

Wilken followed with a bout against Nkazimulo Zulu. Zulu is now riding a massive high, having obliterated Lourens Botes and most recently scoring a savage victory over Craig Ninow. Wilken won that fight, cementing his campaign for a bantamweight title shot.

Matthew Buirski put the brakes on his challenge, however, when he sunk a Kimura on Wilken at EFC AFRICA 22.

‘Donnovan specifically asked for a shot at Francois,” said EFC AFRICA president Cairo Howarth. “He wants to get his title campaign back on track and knows that Francois is the biggest name left for him to face in the division. He’s purposefully asked for the hardest fight possible.”

Francois Groenewald is a veteran of the Hexagon. Always small for featherweight he fought five times there, against the much bigger likes of Abdul Hassan and Gareth Buirski, before making the drop to bantamweight at EFC AFRICA 23.

On that night, after his third round submission of Craig Ninow, it was clear that he’s found his home. Groenewald is known as one of the best grapplers in the EFC AFRICA organisation. Now, competing without a weight disadvantage, he is a serious challenge.

So far there are two bantamweight bouts scheduled at EFC AFRICA 26. For a division that is only six months old the competition for top spot is as fierce as it gets. For Groenewald and Wilken, aiming to be one of those to fight for the title in the New Year, this bout is make or break.