Daniel Looking To May 01 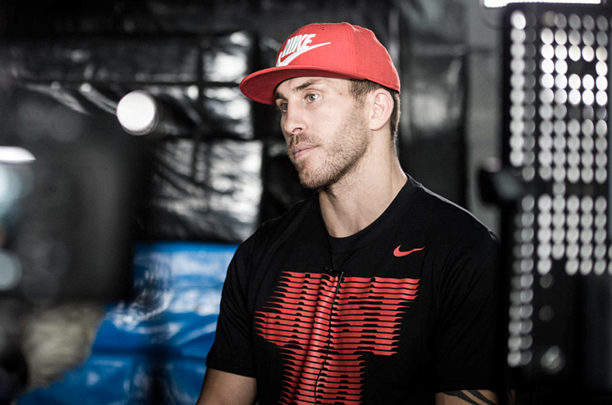 Johannesburg (South Africa) – Darren ‘Double D’ Daniel has had to pull out of his hugely anticipated fight with Donavin ‘BamBamz’ Hawkey at EFC AFRICA 27, an ankle injury ruling him out.

Daniel, the first Nike sponsored combat sports athlete on African soil, was sparring on Saturday, 25 January, when he landed awkwardly on his right ankle. The injury was initially thought to be a sprain, but scans have revealed a grade three tear to the anterior tibio-fibular ligament, ruling him out of the fight.

“Darren went in for a scan as soon as possible on Monday morning,” said his agent, Andruw Stephens, CEO of Global Management Agency. “He’d been in pain all weekend and the scan confirmed our worst fears.”

Daniel is receiving treatment from Dr Rob Collins, the team Doctor for the Golden Lions rugby team. Dr Collins has confirmed that the injury will not need surgery.

“Darren is receiving highly specialized care,” said Stephens. “With the use of platelet injections and sessions in a hyperbaric chamber we’re confident that Darren can begin light training in three to six weeks. That’s about a third of the time these injuries take to heal with conventional treatment.”

“We are devastated,” he continued. “No one more so than Darren. He has worked incredibly hard for this fight and is in the shape of his life.”

“Darren was ready for this bout,” said his coach, Richard Quan. “He trained all through the holidays. He and I had sessions on Christmas and New Year’s day. It’s a big blow, but it’s part of our business and we have to move forward.”

Daniel’s camp is aiming for a return to the Hexagon at EFC AFRICA 29, taking place on May 01 at Carnival City, Johannesburg.

“Darren is prepared to take on whoever EFC AFRICA put in front of him,” said Stephens. “He’s a perennial top contender and a loved personality in an extremely exciting division. We’re looking forward to see who he’ll face next, and to giving his fans the show they’ve been promised.”