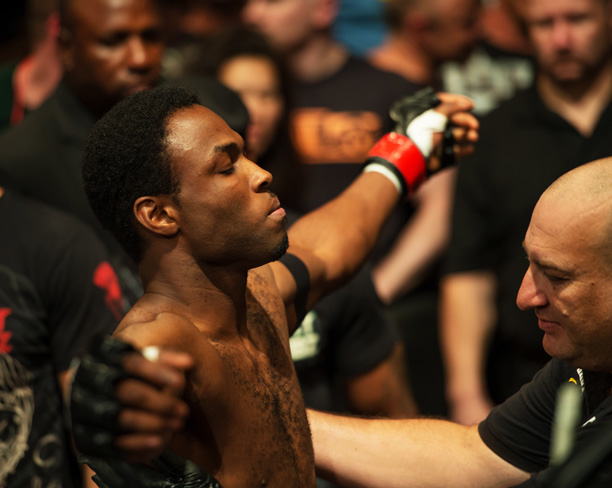 Nigerian born, Ireland based Fadipe entered the EFC AFRICA Hexagon in April of 2013. He immediately impressed by battling the notorious Tumelo Maphutha to a split draw, before scoring sensational wins against Martin van Staden and former champion Michiel Opperman.

Bagattin is a veteran of the EFC AFRICA organisation. In September of 2013 he faced former champion Michiel Opperman for his title, and took it from him in a brutal, decision encounter that was later named fight of the year.

Both men are known for their uncompromising, aggressive style. A war will play out on May 01.

EFC AFRICA 29, presented by BetXchange, takes place on Thursday 01 May 2014 at the Big Top Arena, Carnival City, Johannesburg. Tickets on sale soon at www.computicket.com. Stream the entire event, live and in HD, from efcafrica.tv.