Henderson Calls It A Day 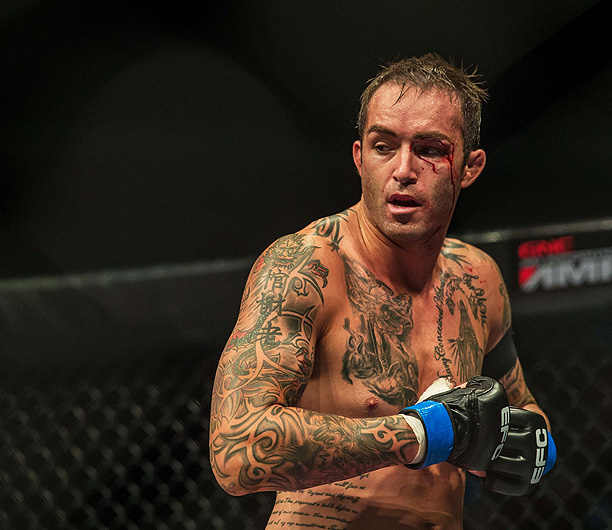 Phenomenally experienced with 27 professional MMA bouts behind him, Henderson is one of the most well-known of EFC AFRICA’s athletes, and a crowd favourite who was always ready to fight.

A veteran of EFC AFRICA 01, Henderson has faced the cream of African MMA, and put on some unforgettable wars.

At EFC AFRICA 17 he and former middleweight title contender JP Kruger produced a sprawling fight that took both to their absolute limit, Kruger unable to put Henderson away. At EFC AFRICA 19 Henderson did it again. Fighting in close quarters with the DRC’s iron man, Francois Kabulu, Henderson fought a trench war which he narrowly lost out to by decision.

He fought his most memorable battles toward the end of his career. At EFC AFRICA 26, against Bruno Mukulu, he put on a performance full of hunger and rage, beating Mukulu by triangle in the second round. At EFC AFRICA 28, in his final battle, he and Jason Culverwell put on the evening’s fight of the night performance, easily attributed to Henderson’s refusal to give an inch, despite taking huge damage.

“Henderson is a born fighter always ready to step into the Hexagon, and will always be remembered as such,” said EFC AFRICA president Cairo Howarth. “We wish him luck for the next phase of his life, and look forward to seeing him at EFC AFRICA events in the future.”

“I want to thank Cairo and Graeme and the entire EFC team for all the support and everything that they’ve done for me,” said Henderson. “Thank you for the wars you have given me and I will always continue to be a fan and supporter of EFC AFRICA.”

Henderson entered the Hexagon a record fifteen times. Here’s a stroll down memory lane, from his first bout to his last.

Henderson made his debut at EFC AFRICA 01, and went down by TKO to Jeremy Scheepers.

The ‘Soldierboy’ challenge greeted Henderson at EFC AFRICA 05, where he succumbed to a second round submission loss.

Mawandi Vapi greeted Henderson at EFC AFRICA 09, and gave the GOAT another win.

Henderson has a pre-fight look at Josh Muller, before defeating him by verbal submission in the first.

Another first round win followed at EFC AFRICA 13, when Henderson took James Le Roux down by armbar.

Henderson and ‘The Truck’ Tumelo Maphutha put on an unforgettable 3 round scrap at EFC AFRICA 16, Henderson taking the win by decision.

Henderson delivered more of the same at EFC AFRICA 17, giving JP Kruger the 3 round fight of his life.

The GOAT gets things underway at EFC AFRICA 24, David Buirski his opponent.

Henderson has a look at his final opponent, Jason Culverwell, during his fight of the night, swansong performance.