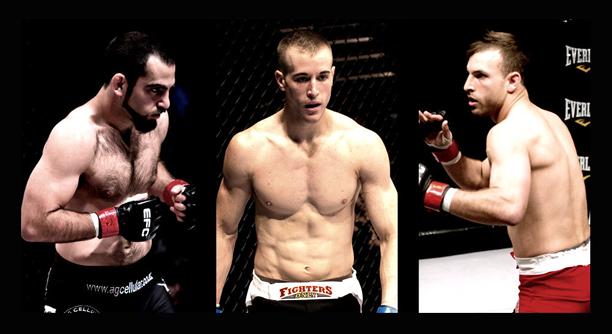 Johannesburg (South Africa) – Number one featherweight contender Boyd Allen will be keeping a sharp eye on Brendon Katz vs. Barend Nienaber taking place this Thursday, as he’ll be facing the winner for the vacant belt on July 03.

“I expect Barend to win,” said Allen in an interview given yesterday. “He’s bigger than Katz, and with the extra strength and technique he will have picked up training with Ruan Potts, I don’t think Katz has the technique to handle him.”

“That said, I’d like Katz to win,” he added. “I’m a big fan of Katz’s aggression. I know he would give me the fight I want, the ultimate test, even if he’s not as sophisticated as Barend. I believe Katz is past his best, and Nienaber’s going to prove that.”

Allen has taken the division’s number one spot with superbly dominant performances, remaining unbeaten and quite possibly never having lost a round, a record no other EFC AFRICA athlete can lay claim to.

“I’m ready,” he said. “I haven’t stopped training since my last fight in August last year. This is about more than the belt for me. It’s about my evolution as an athlete. Whoever wins between Brendon and Barend, I’m looking forward to facing either, and testing myself at the division’s best.”

The featherweight belt became vacant when undefeated former champion Demarte Pena relinquished it instead of fighting his teammate, Allen. The pair were put under intense pressure to agree to a fight for months, before Pena made the decision to drop to bantamweight and challenge for the title there.

Pena will compete for the belt against bantamweight champion Nkazimulo Zulu on the same night as Allen, setting up a massive possible coup for team Fight Fit Militia.

Get regular updates from Allen and his preparations on Twitter at @BoydAllenEFC.