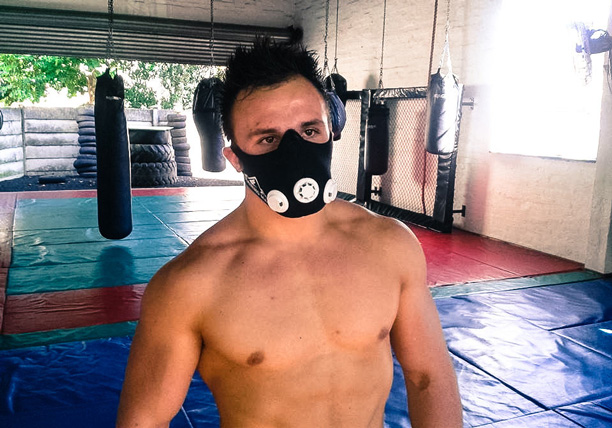 Johannesburg (South Africa) – Yesterday it was announced that Saxon Delafield is to make his pro MMA debut on May 01,and that the 19 year old brings an impressive, undefeated amateur record of 14-0 with him.

“In 2012 I fought for the South African amateur welterweight title,” he said. “I won the fight on points, but later a complaint was lodged and the result was changed to a draw. By that time my opponent was over 18 and didn’t qualify to be champion, so I kept the belt. I didn’t see it as a loss, but technically, I guess that’s correct.”

Delafield is therefore still undefeated, but his record has been amended to 13-0-1.

“I did actually lose once,” added Delafield, “but I was 12 years old and it was an unsanctioned fight in a Dojo. I don’t think that counts, does it?”

Coxen vs. Delafield takes place on the EFC AFRICA 29 prelim card, and can only be seen live at the venue, live and in HD at selected www.sterkinekor.com cinemas throughout South Africa, or streamed online at www.efcafrica.tv.

EFC AFRICA 29, presented by BetXchange.com, takes place on Thursday 01 May 2014 at the Carnival City Big Top Arena, Johannesburg. Tickets on sale now at www.computicket.com. Book your cinema ticket to all 13 fights live and in stunning HD at www.sterkinekor.com. Watch the entire event live, from anywhere on the globe, via online streaming at www.efcafrica.tv