EFC AFRICA 30 no problem for Saxon 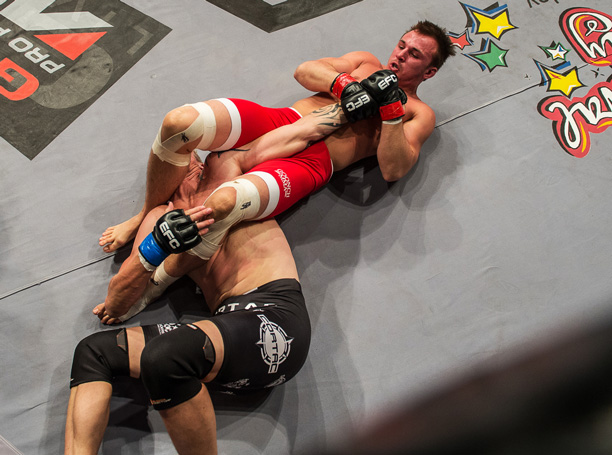 Johannesburg (South Africa) – Durban’s young sensation Saxon Delafield is supremely confident ahead of his bout against Cape Town’s own Luke Michael, taking place at the GrandWest Grand Arena on June 05.

“I want blood, I don’t want this to be an easy, quick submission like last time,” said Delafield in an interview given this morning. “I saw a fight of his [Michael] a while ago. He looked average, to be honest. It seemed to be a brawl to me, lots of wild punches and rugby tackles.”

Delafield made his EFC AFRICA debut on May 01. There he continued his impressive, undefeated amateur form with a lightning fast 31 second submission of seasoned athlete Pietie Coxen.

“I’m training hard for this fight, but to be honest, I’m not training for him. My goal is to get myself a main card slot at EFC’s Durban event. I’m not saying I’m taking this lightly. I’m running to gym nowadays, upping my cardio because I want three rounds of war, but he’s not my focus. I don’t see him as a threat.”

“He comes from a good gym under Rico Hattingh and alongside Gideon Drotschie [EFC AFRICA light heavyweight champion],” he added, “but that’s also a plus. I don’t think either of them have good stand-up. Their ground will be good, but so is mine. I don’t mind where this fight goes.”

For Delafield a bout in Cape Town is also a homecoming of sorts. With half of his family living in the city, and having attended both Camps Bay Primary and Paul Roos High School for a year each, as well as spending holidays in the Mother City, he is highly motivated to put on a massive performance for family and friends.

“Cape Town is definitely a second home for me. I’m coming back to destroy,” he concluded.