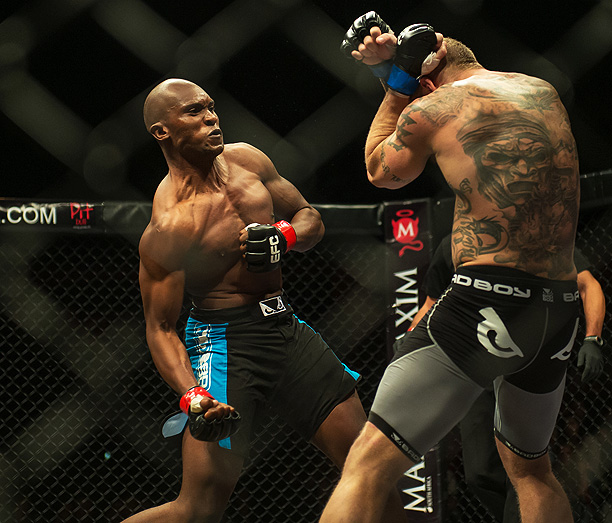 Van Heerden has been out of action since his title bout against current champion Gideon Drotschie, where Van Heerden suffered a broken wrist.

Maphutha has been extremely active in the interim. Fresh off of a whirlwind win over the UK’s Fraser Opie, and after having made the jump up to light heavyweight, he has made his intentions for both the light heavy and middleweight belts known.

Both men are known for uncompromising performances in the Hexagon. This bout between two giants of African MMA is not to be missed.

EFC AFRICA 31, presented by BetXchange.com, takes place on Thursday 03 July 2014 at the Cocal-Cola Dome Johannesburg. Tickets on sale soon at www.computicket.com. Book your cinema ticket to all fights live and in HD at www.sterkinekor.com. Watch the entire event live, from anywhere on the globe, via online streaming at efcworldwide.com/efc_africa_404.php.