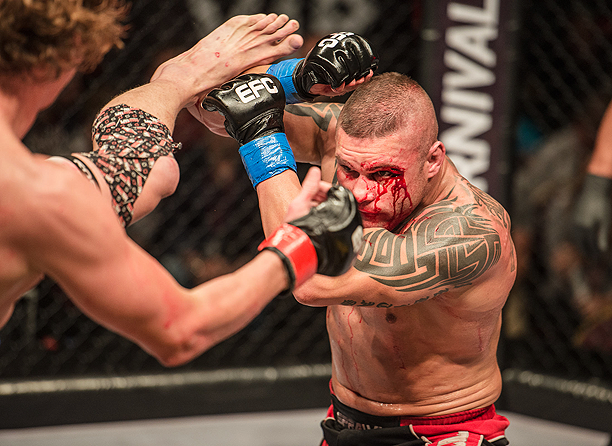 In Smith’s last appearance he put on an incredible war with former welterweight champion Michiel Opperman, narrowly losing a potential fight of the year by split decision.

“Opperman put on a great performance,” said Smith’s camp of the fight. “We feel it was a close decision, and perhaps on another night it would have gone our way, but looking at the fight, we can’t take anything from his victory.”

The height difference between Smith and Opperman was obvious, with Opperman towering over Smith and possessing a huge reach advantage.

“It’s gotten to the point where we need to bring a step ladder into the Hexagon with us,” said Smith’s camp, jokingly. “We’ve been looking at it for some time. Jeremy has the width of his middleweight opponents, but not the height. For him to move down to welterweight is what makes sense.”

Smith revealed that talks about the possibility of dropping down had been going on for weeks, with his trainers urging him to make the drop, but it was only yesterday morning that he decided to accept the idea.

“We’re not in a hurry at welterweight,” said his camp. “We’re here to fight, and are looking forward to the first opponent EFC AFRICA give us. Guys with the punching power that Jeremy has never lose it. He’s going to be an animal in that division.”

“To anyone who says we’re running away,” they added, “even though we’re dropping, we have no problem with a catchweight bout, against anyone, if that’s the perception.”

An opponent for Smith is yet to be announced.