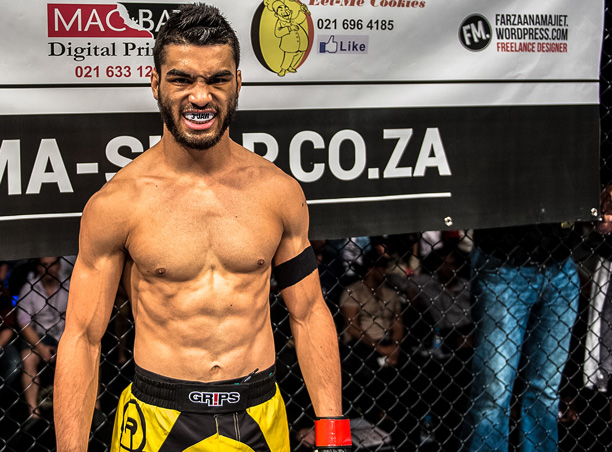 Scheduled to face Johannesburg’s Charlie Weyer, a former professional boxer, the global phenomenon Sayed has the perfect opportunity to show his home town what he has become since leaving African shores at the age of 17.

“I’m extremely excited to be fighting MMA in Cape Town for the first time,” said Sayed. “I’m really looking forward to having the support of my family and friends at the stadium.”

For Sayed, while fighting at home is a privilege, it brings a new kind of pressure.

“While this support is a great welcome for me it also brings some pressure. I think this coupled with the support of my family and friends could be the key to seeing me perform at my best.”

Sayed’s best is a formidable concept. He possesses a strike arsenal deadly enough to have netted him both the world Muay Thai and K1 titles, and has also developed a ground game that saw him reach the very top of Chinese MMA.

In Johannesburg’s Charlie Weyer he faces a challenging opponent, however. A former EFC bantamweight title contender, Weyer is known for crisp hand speed and a finely polished all round game.

Sayed left his home eight years ago. He has achieved the heights of combat sports since. On Thursday, June 05, all his efforts come full circle when he finally gets to do what he was born to, at home.