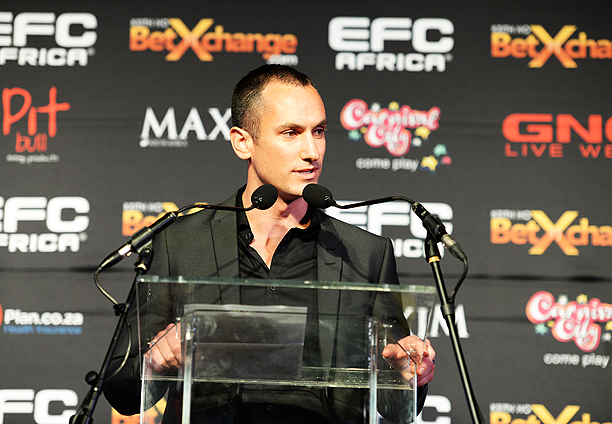 Johannesburg (South Africa) – Johannesburg, South Africa – EFC AFRICA athlete Chaz Wasserman has had his contract suspended due to serious allegations of Wasserman fighting outside of the Hexagon.

EFC AFRICA was notified about the allegations yesterday, which claim that Wasserman was involved in a serious altercation in Durban.

“We have a zero tolerance policy with regard to this kind of behaviour,” said EFC AFRICA president Cairo Howarth. “If the allegations toward Chaz prove to be true he will lose his contract with us. We await further information.”

“We have over 120 of Africa’s most skilled athletes contracted to us, men that work incredibly hard to be highly skilled in their chosen sport, and who take their place as role models to others seriously. It just takes one incident like this to undo a lot of their hard work, which is unacceptable,” Howarth said.