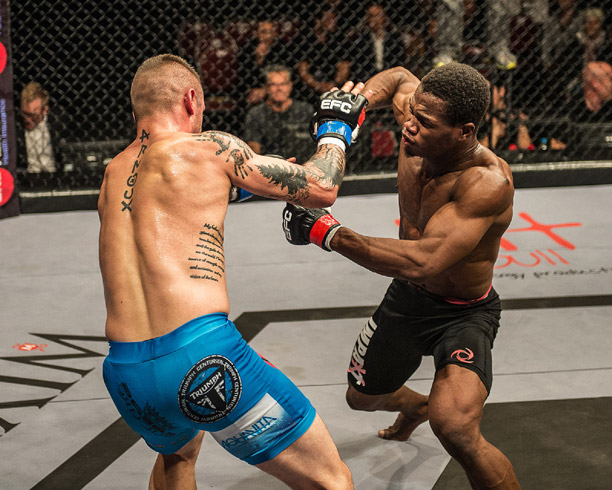 “A fight scored as a draw should be very rare,” said EFC president Cairo Howarth. “Don and Boyd’s fight was unforgettable, and incredibly close. However, we do feel that it’s the event officials responsibility to make decisions. We would have liked them to decide on a winner.”

The officials’ EFC 30 event representative Jason Bezuidenhout agreed. “Judges need to make decisions, and stand by them,” he said.

As is common practice, event officials will be conducting a full review of the EFC 30 event.

“We look through all footage after every event,” said Bezuidenhout. “It’s about identifying what was strong and what needs improvement, and making those improvements.”

Currently all EFC event officials are privately contracted to work at EFC events directly by EFC. However the current EFC officials do act on behalf of and represent a body of MMA professionals, which is in the process of formalisation. Working closely together with SASCOC and MASA, an independent professional MMA association is in the process and final stages of formalisation.

More details will be released as they become available.

EFC AFRICA returns to the Coca-Cola Dome, Johannesburg, for EFC 31: Zulu vs. Pena, presented by BetXchange.com, taking place on Thursday 03, July 2014. Tickets on sale at www.computicket.com. Book your cinema ticket to all fights live and in HD at www.sterkinekor.com. Watch the entire event live, from anywhere on the globe, via online streaming at efcafrica.tv.