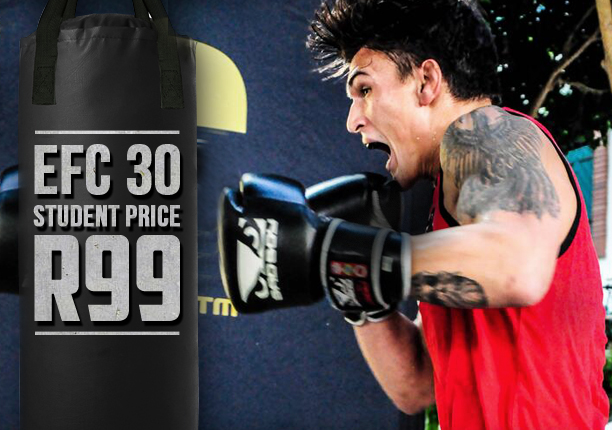 In a landmark decision, EFC AFRICA have decided to implement a massive student discount price of R99 per ticket for university students to see this monumental fight, live.

“The last few months have shown us that our athletes have huge support among the student communities of the cities they live in,” said EFC AFRICA president Cairo Howarth. “Don himself is only 22 years old, and other athletes like Regis Muyambo have entire schools behind them (Wynberg Boy’s High School). We decided that we have to make it possible for all of their fans to cheer them on, live.”

Student discount tickets can be purchased from Computicket outlets by presenting a valid student card.