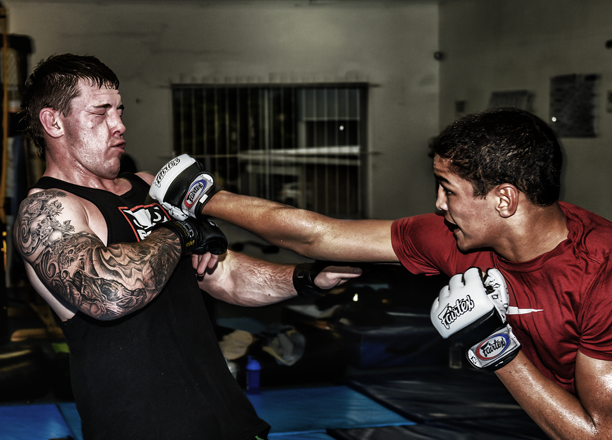 “Competing at EFC AFRICA has been my goal and dream ever since starting MMA,” said Michael. “I’ve always wanted to compete on this level. The last two and a half years have been a testing process, with many ups and downs. I know I am ready to fight on the biggest stage in Africa.”

Michael is an amateur MMA champion with seven wins behind him, and no losses. He credits his undefeated run to the dedication of his coaching team, and his own focus on his career.

“I sacrifice a lot in life for this sport, but that doesn’t bother me,” he said. “I know what I want and I won’t stop until I get it. This is what keeps me going day in and day out.”

Michael enters a tough division at lightweight with Leon Mynhardt and Don Madge competing for the division’s title in an epic trilogy bout on the same night.

“I would say the stand out athlete is the current lightweight champion,” said Michael. “As for me, I’m willing to fight anyone. I am here to get to the top, that’s it.”

Michael is a member of Rico Hattingh’s Mixed Martial Arts, where he is stable mate and training partner of EFC AFRICA light heavyweight champion Gideon ‘Juggernaut’ Drotschie. Drotschie is undefeated, and widely known as one of the toughest men on the African continent. On sparring with the champ, Michael has this to say:

“It’s great! Gideon is always willing to help. It’s really awesome having him on my team, we learn from each other every day.”

Michael’s opponent is to be announced shortly.