What does Nienaber have in store for Allen? 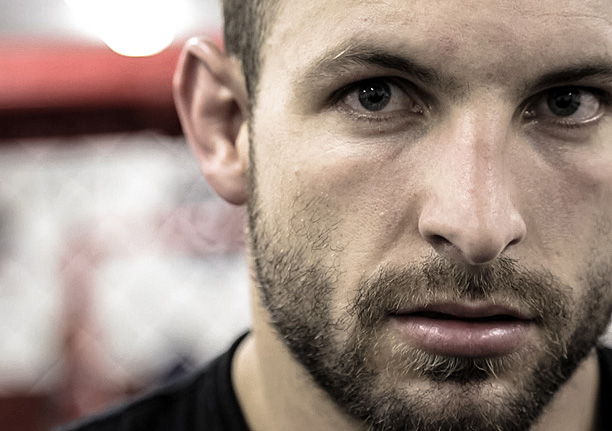 Johannesburg (South Africa) – Barend ‘BB Gun’ Nienaber proved himself the ‘game plan King’ with his wrestling domination of Brendon Katz at EFC 29. On August 07 he faces the toughest opponent of his career, Body Allen, for the EFC featherweight title. How will he be preparing for the well-known, all round ability of Allen? We take a look.

Standing:
Nienaber has had little standing and trading time in the Hexagon. So much so that it’s easy to write him off there, easier when thinking of Allen’s super slick boxing. But ‘BB’ began his combat career in Muay Thai. He went to a record of 12-0, took the SA title, and beat a world champ before moving to MMA. Just because we haven’t seen it, doesn’t mean ‘BB’ can’t stand with the best.

Clinch:
If Allen has shown a dent in his armour, it’s in the clinch. Don Madge showed Allen up twice in their EFC 30 bout, using a Muay Thai trip to take him down relatively easily. Allen is lanky, not the more compact package that is Nienaber. He needs range to work his fearsome elbows. His base art is boxing, not Muay Thai, and so clinch work is once removed from his instincts. Based on Nienaber’s Muay Thai background, could he be the better fighter in close quarters?

Ground:
Allen has only faced one opponent that gave him a proper ground test, or a shade of it. African wrestling champion Hanru Botha fought Allen on his EFC debut, at catchweight, outside of his preferred featherweight. The wrestler didn’t get a chance. Operating off of the advantage of experience, and a striking game Botha simply could not handle, Allen shocked the wrestler into confusion, and picked him apart. Allen’s ground game test was no test at all.

Nienaber on the other hand needs no more of an introduction to his ground ability than his bout with Brendon Katz. He dominated, and showed himself a force to be reckoned with. Katz is no pushover, and Nienaber made it look easy. A world class grappler like Ruan Potts (current UFC athlete, former EFC heavyweight champion) trains with ‘BB’, and agrees that he’s very, very good.

1) Engage on the feet. Surprise Allen by keeping it standing. Shock him with a striking game far more developed than he expected, and most important, a willingness to trade.
2) Close the gap. Smother his elbows and cut off his dynamic angles. Close him down against the fence and work the Muay Thai clinch that’s in Nienaber’s bones. Soften him up, then take him down.
3) Out-wrestle. This is a title fight. Keep the advantage, sap his energy with superior strength, a notoriously low base, and constant wrestling pressure. Maintain position, keep softening, wait for an opening to finish, or win the fight on points.

Nienaber is the surprise package. He’s entering this fight with a full arsenal of secret weapons against an athlete with reams of fight footage to study. In this sense, Allen is on the back foot. What will Nienaber have in store for Allen when they finally meet?