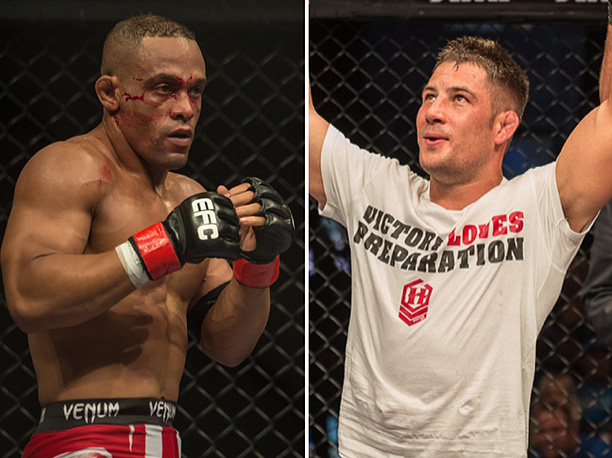 Abdul Hassan (left) will face G. Buirski in a rematch

Johannesburg (South Africa) – Gareth Buirski has his wish. The middle Buirski brother will join his youngest, Matthew, on August 30’s card when he steps into the Hexagon to face Durban’s bad boy, Abdul ‘Hollywood’ Hassan.

Buirski and Hassan have fought before. At EFC 18 they battled each other to a split decision victory to Hassan.

Their fight is made even more complex by Hassan having fought Gareth’s brother, Matthew Buirski, the two of them battling to a draw. On that night Hassan revealed a re-invented force, attacking Buirski from the first to the last moment in a memorable standing war.

Gareth Buirski is flying high off of a sensational victory. At EFC 29 he defeated Peter Nyide by TKO, putting the Durbanite away with elbows thrown off of his back, a rare maneuver only made possible by Buirski’s famed strength.

Buirski will be looking for revenge when he and Hassan clash again. To gain a win against one of Durban’s most beloved athletes, at home, will be a massive challenge.

Hassan vs. G. Buirski takes place as part of the EFC 33 Ster-Kinekor Prelim Bouts, and is exclusively available on the #EFCBigScreen experience at selected Ster-Kinekor cinemas throughout South Africa, live at the venue, and via online and mobile streaming at efcafrica.tv. Tickets on sale soon at sterkinekor.com.