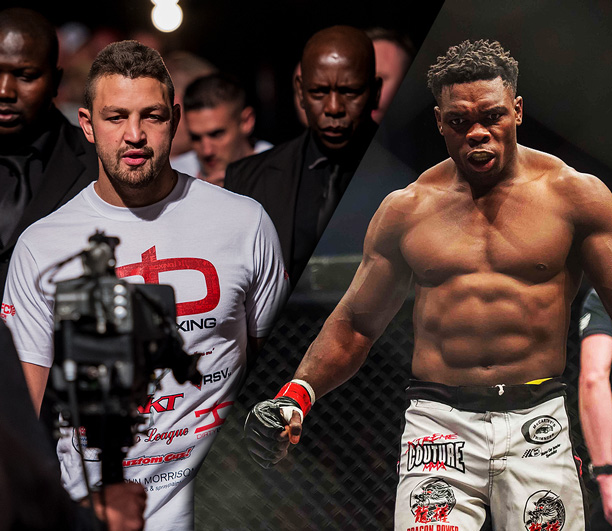 Johannesburg (South Africa) – Cape Town’s beast, Champion Dalcha, returns to the Hexagon on November 06, when EFC travels to the Mother City for EFC 35.

Dalcha made his debut in June of this year. A Judo champion before beginning his MMA career, Dalcha showed his pedigree with a powerful takedown of Roelof Scheepers, causing a knee injury to Scheepers which halted the fight.

Johannesburg’s Van Heerden is a veteran of battles with Africa’s greatest, including men like Garreth McLellan, Gideon Drotschie and Tumelo Maphutha. Van Heerden has proven that he is perhaps the toughest man on the continent, and incredibly dangerous with a boxing and wrestling pedigree behind him.

On November 06 at the GrandWest Grand Arena, one big fight is coming.

Dalcha and Van Heerden join an already massive card. Gideon Drotschie vs. Norman Wessels for the light heavyweight title, and Christophe Walravens vs. Brendon Groenewald for the heavyweight title co-headline the evening.

EFC returns to Cape Town for EFC 35, presented by BetXchange.com, at the GrandWest Grand Arena, Thursday November 06, 2014. Tickets on sale soon at www.computicket.com. Book your cinema ticket to all fights live and in state of the art digital projection at www.sterkinekor.com. Watch the entire event live, from anywhere on the globe, via online streaming at efcworldwide.com/efc_africa_404.php.