McLellan replies to Du Plessis, ahead of Aug 30 title show down 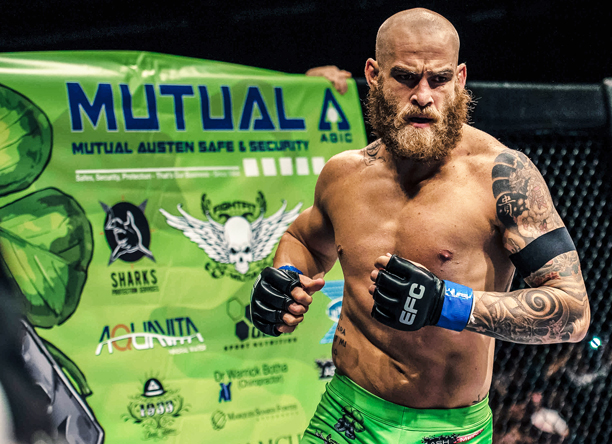 Johannesburg (South Africa) – Earlier today the story was released that top middleweight title contender Dricus du Plessis, who faces the champion Garreth McLellan on August 30, has deep personal reasons for wanting to lay a beating on ‘Soldierboy’ when they finally meet.

Du Plessis revealed how, as a teenager he joined FFM (McLellan’s gym) as a junior athlete, travelling over 100km daily to pursue his dream of entering what he saw as the greatest fight team on the continent. He related how he was ignored and used as a punching bag during sparring sessions by FFM’s pros.

In this interview the champion responds:

When this fight was first signed, Du Plessis tweeted that he can’t wait to f#ck you up, as payback for when you sparred at FFM. What’s your response to his cockiness?
He is a kid that is super enthusiastic about achieving, which is not a bad thing. As you get older you will receive a level of maturity that will help you deal with your actions, so I understand and it doesn’t really faze me.

Do you remember when he trained with you at FFM?
He was there for a short period. If I sparred him once or twice it would have been a lot. I remember him being young and hungry to be a fighter. We pushed him hard to see if he could handle, just as we would any other young fighter taking that step.

He has taken FFM’s not offering him a spot in their fight team personally. Does that give him good fuel for his fight with you?
It seems like it does. Everybody needs a reason to be successful and chase their dreams. Maybe we are his fuel to reach the top.

He says he won’t let his emotions affect his fight. Is that possible?
I can see emotions are already a big part of what is driving him. Does he have the level of maturity as a fighter to not allow that to be a factor, only time will tell. The Hexagon can be a very unforgiving stage if you are not fully in control of yourself.

Has this bout become personal for you in any way?
I try not to dwell on the talk of others. Fight night is where you have the opportunity to display what you are capable of.

How do you rate him as an opponent?
He will come hard and aggressive and fight to win, but will be met by a fighter that has built his career and success on the same principles.

What do you have to say to him today?
Be prepared. Don’t under estimate me.

What are you looking to bring to the Hexagon on fight night?
A better Soldierboy than the last time. I am constantly working to be better and never to be caught standing still.

Follow McLellan on Twitter at twitter.com/SoldierboyInc to stay in touch as he readies himself for his title defense.