‘Franaconda’ Gets His Title Shot

“I’m bringing the title back to SA” 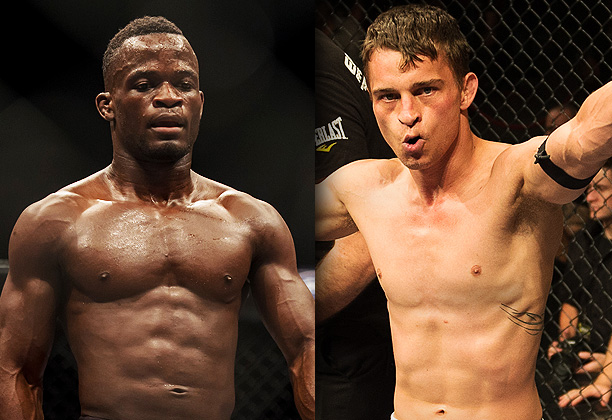 Johannesburg (South Africa) – Johannesburg and Springs local Francois ‘Franaconda’ Groenewald finally gets a shot at the bantamweight title, when he clashes with champion Demarte ‘The Wolf’ Pena on October 02.

“He’s [Pena] never fought a proper submission specialist,” said Groenewald this morning. “His specialty is top control, mine is fighting off of my back. He’s not been defeated because his opponents allow him to carry out his lay and prey game plan. I’m very happy if that’s how the fight goes.”

Groenewald comes with a serious submissions pedigree. He has six submission finishes out of eight EFC wins. In 2012 he entered the Abu Dhabi World Brazilian Jiu Jitsu championships, and earned a bronze medal in the 65kg, purple belt category. He is a man with world class experience and now, after having made the drop to the bantamweight division (4-0), he is challenging at the right time, at the perfect weight.

“Demarte has shown that he buckles under pressure,” said Groenewald. “He literally ran away from Wentzel [Nel] when he was getting hit. I’m going to be putting him under that same kind of pressure on the ground.”

“He hasn’t fought my kind of crazy,” he continued. “I’m as unorthodox as it gets. I don’t mind throwing anything. Spinning back kicks, flying submissions, whatever.”

“That this fight is happening at Carnival City, in my home town is awesome,” Groenewald concluded. “It’s extra motivation. Demarte has held a champion’s belt for Angola for too long now. It’s coming back to South Africa.”