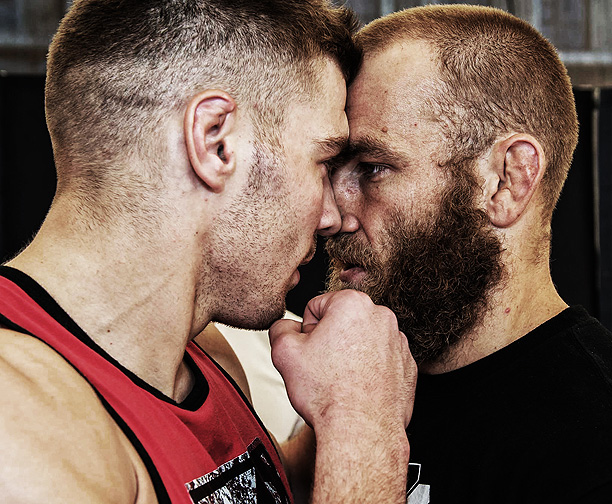 Johannesburg (South Africa) – This Saturday EFC landed in Durban for the opening of a week’s EFC 33 festivities, kicking off with an Open Workout exhibition at Gateway Mall’s The Wavehouse.

Both men were cordial in interviews after their workouts, but when it came time to face-off the masks dropped as Du Plessis got straight in McLellan’s face.

If any had doubts about Du Plessis’ lack of fear, and determination to fight the champion, those are now gone. If any suspected that Soldierboy would not be more motivated than ever to defend his belt, in front of his home town, those are gone also.
McLellan and Du Plessis are ready. Bring on August 30.