Your guide to Fight Week, EFC 33 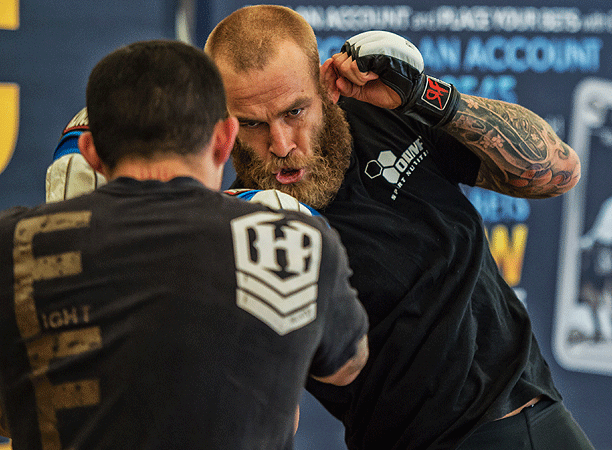 Johannesburg (South Africa) – The buildup to EFC 33: McLellan vs. Du Plessis & Van Staden vs. Smith has begun! Look out for the following events taking place over fight week, as we prepare for Saturday night.

• Tag yourself!
Pictures of fans posing with the EFC belt at Saturday’s Open Workout will be posted on the EFC Facebook page. One lucky tagged fan will win two tickets to Saturday’s event.

• EFC 33 Weigh-in.
Taking place at the Durban ICC at 14h00, fight fans will witness all EFC 33 athletes hitting the scales and facing off ahead of fight night. Entrance is free of charge, and, as always, huge EFC merchandise giveaways will take place.

• Fight night.
EFC 33 kicks off at the Durban ICC from 16h45, with all of Durban’s finest MMA athletes in action.

• EFC 33 Post Event press conference.
EFC 33’s top athletes discuss their fights and the future, immediately after EFC 33, in an event open to the public. 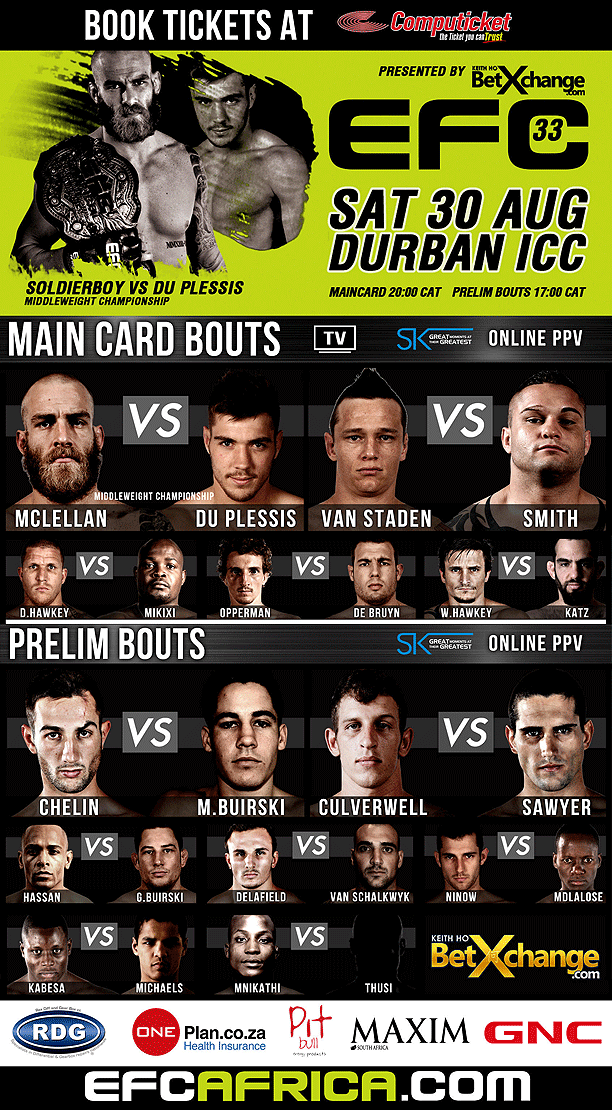