The Gospel Of MMA

Kruger on coming back 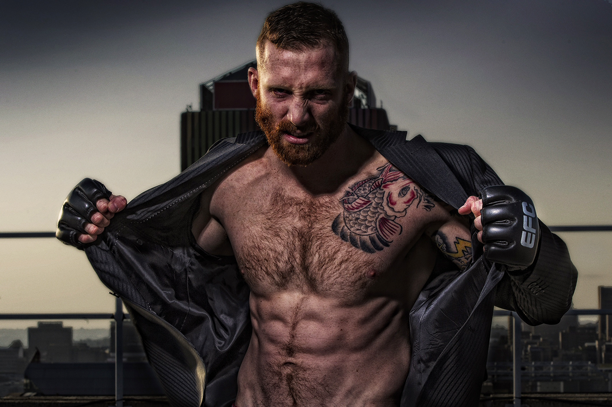 Johannesburg (South Africa) – JP Kruger gets back into the Hexagon after his first ever loss this Thursday night, fired up to get back to the five fight winning streak that earned him a title shot.

Neil Goyder of themmacorner.com caught up with him as he prepares to face Liam Cleland on August 7. Selections of his the full article reprinted below:

Liam Cleland comes into the bout with a four-fight winning streak. Kruger, who is looking to bounce back from a first-round submission loss in his last appearance in the Hex, plans to hand Cleland his second professional loss.

“Liam is a very cool guy with a good rep for his ground game,” Kruger admitted. “[It’s] gonna be an exciting fight. I’m just looking forward to testing my skills against him. I’m gunning for that gold strap.”

Although Kruger’s goal is now centred on building towards earning his shot at middleweight gold, entering the Hex and setting an example for young up-and-coming fighters is also at the forefront of his mind. Fighting, for him, is all about dedication to a higher power.

“[I’m looking forward to] getting back in the Hex and trading leather,” he said. “Let’s play MMA. I just wanna tell the youth out there you don’t need to be an a-hole to be a great MMA athlete. Every punch, kick, submission and breath, always glorify Jesus.”

In preparation for his upcoming bout, Kruger has spent his time at American Kickboxing Academy in San Jose, Calif. He has been able to surround himself with some of the best fighters in the world, and now he is eager to showcase what he has learned in the weeks that he has spent abroad.

“I love looking at this beautiful game, MMA, from all angles and gain experience,” Kruger admitted. “This is an everyday evolving game, and if you don’t evolve with it you’ll get left behind. I’m here to evolve as an athlete and getting my game to a more international standard—always gotta learn. I’m here not just to end the camp for my fight, but also to up my game in general. I’ve had the opportunity to train with some of the biggest names in MMA and just soaking up from them.”

Follow Kruger on Twitter to stay in touch as he completes his weight-cut, and prepares for fight night.

EFC 32: Fadipe vs. Speechly, Allen vs. Nienaber is presented by BetXchange.com, takes place at the Carnival City Big Top Arena, Johannesburg, on Thursday 07 August 2014. Tickets on sale at www.computicket.com. Book your cinema ticket to all fights live and in state of the art digital projection at www.sterkinekor.com. Watch the entire event live, from anywhere on the globe, via online streaming at efcworldwide.com/efc_africa_404.php.